A closer look at what goes into wrapping up the mission as the spacecraft’s power supply continues to dwindle.

Using the camera on its robotic arm, NASA’s InSight lander took these selfies on Dec. 6, 2018 – just 10 days after touchdown on Mars – and April 24, 2022. A thick layer of dust can be seen on the lander and its solar panels in the latter image. Credit: NASA/JPL-Caltech

The day is approaching when NASA’s Mars InSight lander will fall silent, ending its history-making mission to reveal secrets of the Red Planet’s interior. The spacecraft’s power generation continues to decline as windblown dust on its solar panels thickens, so the team has taken steps to continue as long as possible with what power remains. The end is expected to come in the next few weeks.

But even as the tightknit 25-to-30-member operations team – a small group compared to other Mars missions – continues to squeeze the most they can out of InSight (short for Interior Exploration using Seismic Investigations, Geodesy and Heat Transport), they’ve also begun taking steps to wind down the mission. 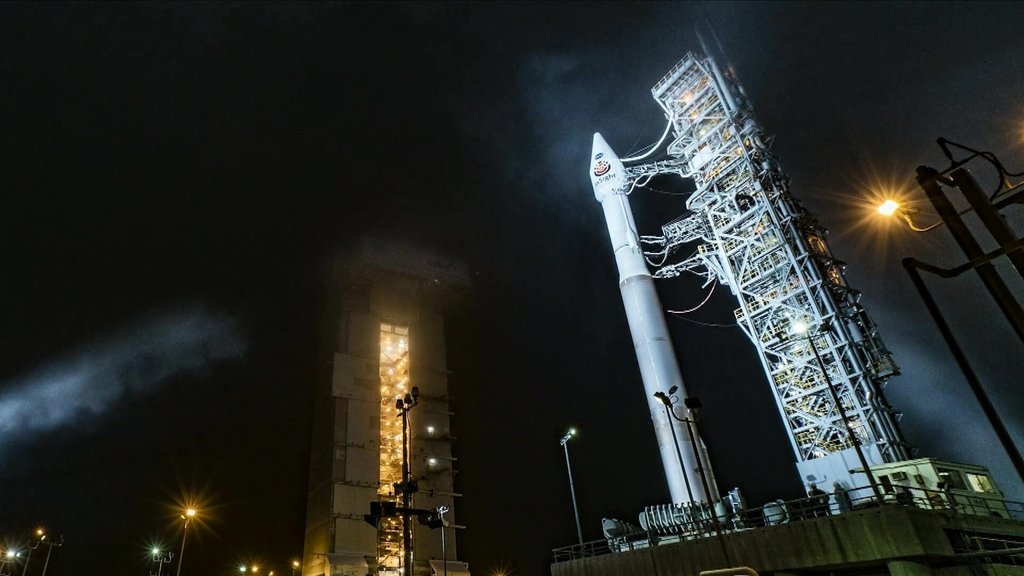 The rocket that launched NASA’s InSight lander to Mars in 2018 is seen at Vandenberg Air Force Base, now called Vandenberg Space Force Base. 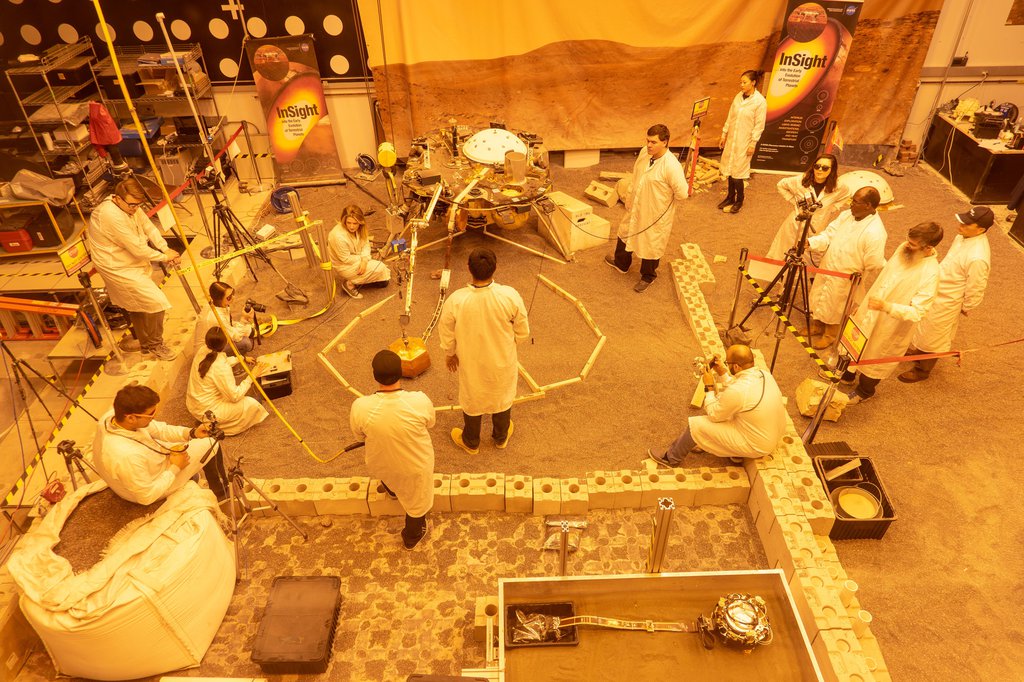 The most important of the final steps with the InSight mission is storing its trove of data and making it accessible to researchers around the world. The lander data has yielded details about Mars’ interior layers, its liquid core, the surprisingly variable remnants beneath the surface of its mostly extinct magnetic field, weather on this part of Mars, and lots of quake activity.

InSight’s seismometer, provided by France’s Centre National d’Études Spatiales (CNES), has detected more than 1,300 marsquakes since the lander touched down in November 2018, the largest measuring a magnitude 5. It even recorded quakes from meteoroid impacts. Observing how the seismic waves from those quakes change as they travel through the planet offers an invaluable glimpse into Mars’ interior but also provides a better understanding of how all rocky worlds, including Earth and its Moon, form.

“Finally, we can see Mars as a planet with layers, with different thicknesses, compositions,” said Bruce Banerdt of NASA’s Jet Propulsion Laboratory in Southern California, the mission’s principal investigator. “We’re starting to really tease out the details. Now it’s not just this enigma; it’s actually a living, breathing planet.”

The seismometer readings will join the only other set of extraterrestrial seismic data, from the Apollo lunar missions, in NASA’s Planetary Data System. They will also go into an international archive run by the Incorporated Research Institutions for Seismology, which houses “all the terrestrial seismic network data locations,” said JPL’s Sue Smrekar, InSight’s deputy principal investigator. “Now, we also have one on Mars.”

Smrekar said the data is expected to continue yielding discoveries for decades.

Earlier this summer, the lander had so little remaining power that the mission turned off all of InSight’s other science instruments in order to keep the seismometer running. They even turned off the fault protection system that would otherwise automatically shut down the seismometer if the system detects that the lander’s power generation is dangerously low.

“We were down to less than 20% of the original generating capacity,” said Banerdt. “That means we can’t afford to run the instruments around the clock.”

Recently, after a regional dust storm added to the lander’s dust-covered solar panels, the team decided to turn off the seismometer altogether in order to save power. Now that the storm is over, the seismometer is collecting data again – though the mission expects the lander only has enough power for a few more weeks.

Of the seismometer’s array of sensors, only the most sensitive were still operating, said Liz Barrett, who leads science and instrument operations for the team at JPL, adding, “We’re pushing it to the very end.”

A silent member of the team is ForeSight, the full-size engineering model of InSight in JPL’s In-Situ Instrument Laboratory. Engineers used ForeSight to practice how InSight would place science instruments on the Martian surface with the lander’s robotic arm, test techniques to get the lander’s heat probe into the sticky Martian soil, and develop ways to reduce noise picked up by the seismometer.

ForeSight will be crated and placed in storage. “We’ll be packing it up with loving care,” Banerdt said. “It’s been a great tool, a great companion for us this whole mission.”

NASA will declare the mission over when InSight misses two consecutive communication sessions with the spacecraft orbiting Mars, part of the Mars Relay Network – but only if the cause of the missed communication is the lander itself, said network manager Roy Gladden of JPL. After that, NASA’s Deep Space Network will listen for a time, just in case.

There will be no heroic measures to re-establish contact with InSight. While a mission-saving event – a strong gust of wind, say, that cleans the panels off – isn’t out of the question, it is considered unlikely.

In the meantime, as long as InSight remains in contact, the team will continue gathering data. “We’ll keep making science measurements as long as we can,” Banerdt said. “We’re at Mars’ mercy. Weather on Mars is not rain and snow; weather on Mars is dust and wind.”