This archival image taken at NASA’s Jet Propulsion Laboratory on March 23, 1977, shows engineers preparing the Voyager 2 spacecraft ahead of its launch later that year.

Launched in 1977, the twin Voyager probes are NASA’s longest-operating mission and the only spacecraft ever to explore interstellar space.

NASA’s twin Voyager probes have become, in some ways, time capsules of their era: They each carry an eight-track tape player for recording data, they have about 3 million times less memory than modern cellphones, and they transmit data about 38,000 times slower than a 5G internet connection.

Yet the Voyagers remain on the cutting edge of space exploration. Managed and operated by NASA’s Jet Propulsion Laboratory in Southern California, they are the only probes to ever explore interstellar space – the galactic ocean that our Sun and its planets travel through.

The Sun and the planets reside in the heliosphere, a protective bubble created by the Sun’s magnetic field and the outward flow of solar wind (charged particles from the Sun). Researchers – some of them younger than the two distant spacecraft – are combining Voyager’s observations with data from newer missions to get a more complete picture of our Sunand how the heliosphere interacts with interstellar space.

NASA’s Solar System Interactive lets users see where the Voyagers are right now relative to the planets, the Sun, and other spacecraft. View it yourself here. Credit: NASA/JPL-Caltech

“The heliophysics mission fleet provides invaluable insights into our Sun, from understanding the corona or the outermost part of the Sun’s atmosphere, to examining the Sun’s impacts throughout the solar system, including here on Earth, in our atmosphere, and on into interstellar space,” said Nicola Fox, director of the Heliophysics Division at NASA Headquarters in Washington. “Over the last 45 years, the Voyager missions have been integral in providing this knowledge and have helped change our understanding of the Sun and its influence in ways no other spacecraft can.”

The Voyagers are also ambassadors, each carrying a golden record containing images of life on Earth, diagrams of basic scientific principles, and audio that includes sounds from nature, greetings in multiple languages, and music. The gold-coated records serve as a cosmic “message in a bottle” for anyone who might encounter the space probes. At the rate gold decays in space and is eroded by cosmic radiation, the records will last more than a billion years.

45 Years of Voyager I and II

Launched in 1977, NASA’s twin Voyager spacecraft inspired the world with pioneering visits to Jupiter, Saturn, Uranus, and Neptune. Their journey continues 45 years later as both probes explore interstellar space, the region outside the protective heliosphere created by our Sun. Researchers – some younger than the spacecraft – are now using Voyager data to solve mysteries of our solar system and beyond. 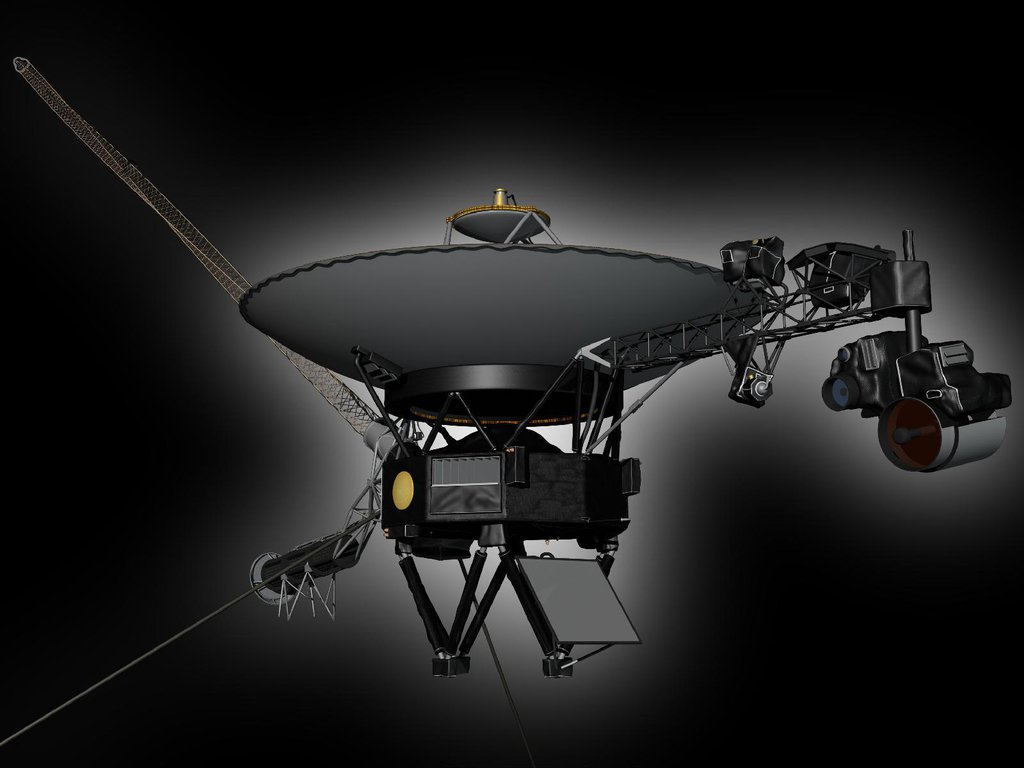 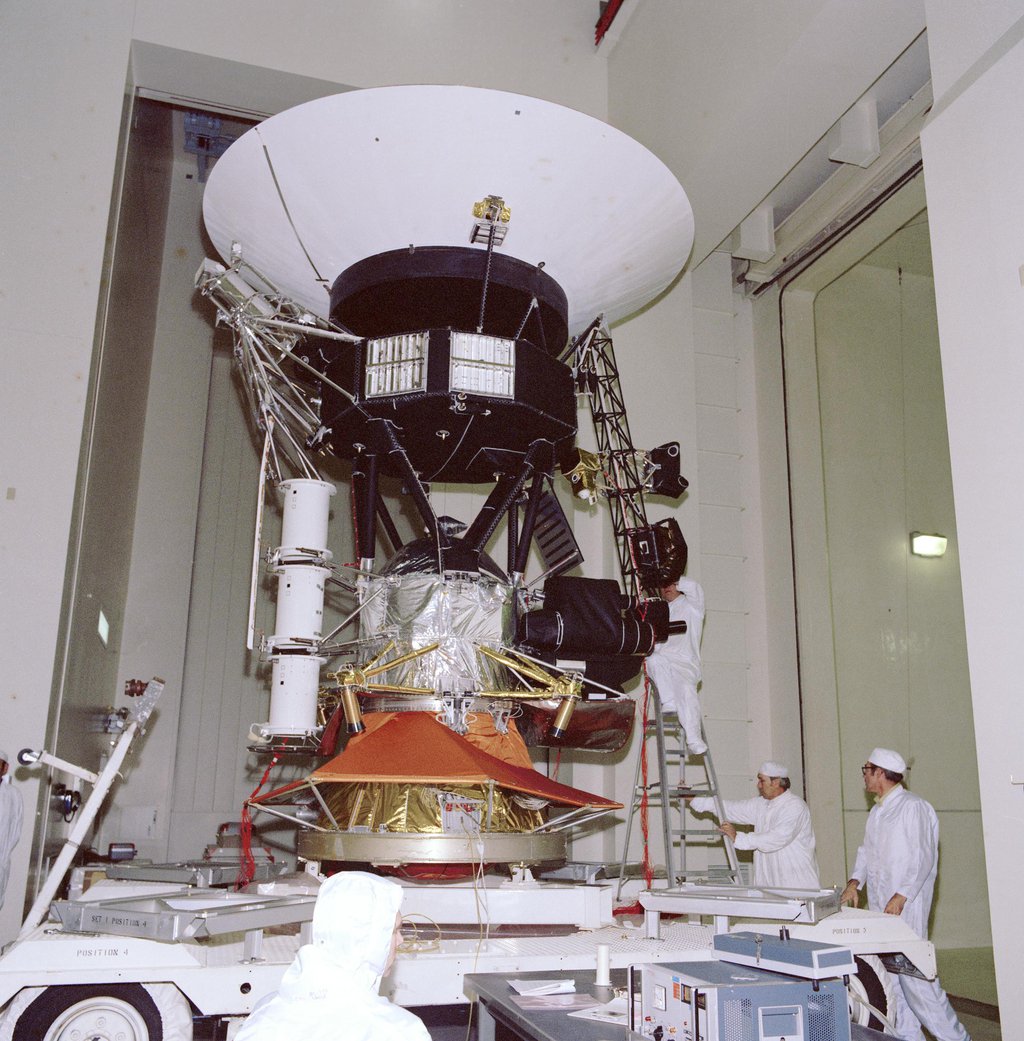 Voyager 2 launched on Aug. 20, 1977, quickly followed by Voyager 1 on Sept. 5. Both probes traveled to Jupiter and Saturn, with Voyager 1 moving faster and reaching them first. Together, the probes unveiled much about the solar system’s two largest planets and their moons. Voyager 2 also became the first and only spacecraft to fly close to Uranus (in 1986) and Neptune (in 1989), offering humanity remarkable views of – and insights into – these distant worlds. 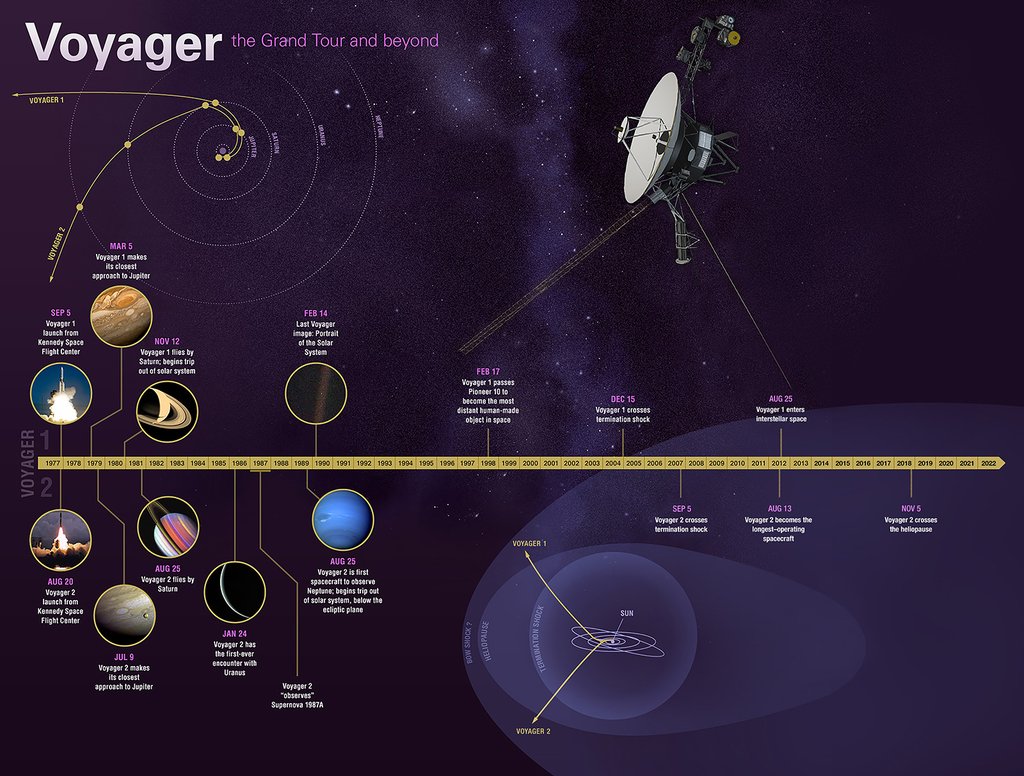 Voyager 1 and 2 have accomplished a lot since they launched in 1977. This infographic highlights the mission’s major milestones, including visiting the four outer planets and exiting the heliosphere, or the protective bubble of magnetic fields and particles created by the Sun.

“Today, as both Voyagers explore interstellar space, they are providing humanity with observations of uncharted territory,” said Linda Spilker, Voyager’s deputy project scientist at JPL. “This is the first time we’ve been able to directly study how a star, our Sun, interacts with the particles and magnetic fields outside our heliosphere, helping scientists understand the local neighborhood between the stars, upending some of the theories about this region, and providing key information for future missions.”

Over the years, the Voyager team has grown accustomed to surmounting challenges that come with operating such mature spacecraft, sometimes calling upon retired colleagues for their expertise or digging through documents written decades ago.

Voyager 2 launched on Aug. 20, 1977, quickly followed by Voyager 1 on Sept. 5. Both probes traveled to Jupiter and Saturn, with Voyager 1 moving faster and reaching them first. Together, the probes unveiled much about the solar system’s two largest planets and their moons. Voyager 2 also became the first and only spacecraft to fly close to Uranus (in 1986) and Neptune (in 1989), offering humanity remarkable views of – and insights into – these distant worlds.

Each Voyager is powered by a radioisotope thermoelectric generator containing plutonium, which gives off heat that is converted to electricity. As the plutonium decays, the heat output decreases and the Voyagers lose electricity. To compensate, the team turned off all nonessential systems and some once considered essential, including heaters that protect the still-operating instruments from the frigid temperatures of space. All five of the instruments that have had their heaters turned off since 2019 are still working, despite being well below the lowest temperatures they were ever tested at.

Recently, Voyager 1 began experiencing an issue that caused status information about one of its onboard systems to become garbled. Despite this, the system and spacecraft otherwise continue to operate normally, suggesting the problem is with the production of the status data, not the system itself. The probe is still sending back science observations while the engineering team tries to fix the problem or find a way to work around it.

“The Voyagers have continued to make amazing discoveries, inspiring a new generation of scientists and engineers,” said Suzanne Dodd, project manager for Voyager at JPL. “We don’t know how long the mission will continue, but we can be sure that the spacecraft will provide even more scientific surprises as they travel farther away from the Earth.”

A division of Caltech in Pasadena, JPL built and operates the Voyager spacecraft. The Voyager missions are a part of the NASA Heliophysics System Observatory, sponsored by the Heliophysics Division of the Science Mission Directorate in Washington.

For more information about the Voyager spacecraft, visit: