SPACE SYMPOSIUM: For the first time, the United States is sharing its space war plans, known as Olympic Defender, with a small number of allies, says the head of Strategic Command.

Gen. John Hyten told us in a Monday evening interview that a new version of the plan was published “last December,” he said. “Everything that is in that plan can be looked at by our allies.” (There are other space plans not included in Olympic Defender that aren’t being shared).

Hyten would not identify the countries that have requested and been granted access so far, but it’s a small group. A safe bet would be that it includes members of the so-called Five Eyes: Australia, Canada, New Zealand, the United Kingdom, and the United States.

What are the the benefits of this move, which must have sent shudders through space operators who grew up during the Cold War, when space operations were always highly classified? Well, Hyten said, allies can tell us, “you know, I can help you right here, and I can help right here, and this is how I can participate. I can do these missions; I can’t do those missions.”

The Air Force has pressed ahead in recent years, opening the Combined Space Operations Center (CSpOC) at Vandenberg Air Force Base to allied participation so allies would have some more visibility in day-to-day space operations. 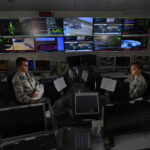 CSpOC is the center where the US military gathers and analyzes Space Situational Awareness data from the vast array of mostly Cold War-era sensors around the world. It has been troubled for years by failed efforts to build newer systems, including the profoundly troubled JMS, an awful nested acronym for Joint Space Operations Center (JSpOC) Mission System.

Since Hyten is the commander of space operations — until the creation of Space Command — I asked him if he was comfortable with the Space Situational Awareness (SSA) he receives. His initial answer was clear and simple: “No.”

The JSpOC mission systems (JMS) started at Hanscom AFB, Hyten noted. “That program did not work and failed so the Air Force decided to move it… To be honest, I’ve been pushing for those programs to be successful in all iterations, and they haven’t been successful.” At the same time, he said he “completely understands” the decisions Gen. Jay Raymond, head of Air Force Space Command, has made to deal with JMS, the Space Fence and the Enterprise Space Battle Management Command & Control (ESBMC2), which will allow the National Space Defense Center to access SSA data and use it.

Bottom line: “We keep getting wrapped around the issues with the (space) catalog. I’m not happy that the programs we’ve built over the years have not been successful.”

But there is hopeful news. Hyten recently visited the new Space Fence, supposed to be operational this year: “I’ve been out there and the data is eye watering.It’s better than we even thought it would be.”

Hyten said he agrees with Gen. John Raymond, head of Air Force Space Command, that the key issue is to be ready to ingest the vast amounts of data the Space Fence is expected to generate. But right now, he said, there isn’t any way to judge whether the new plan will work. “We won’t know until the Space Fence comes on line,” he said. “That will be the big test.” 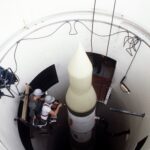 Hyten would not share much information, saying we’d “know better in about two weeks” on April 16 when he briefs senior leaders. “I’m not going to put it in Breaking Defense before I share it with the vice chairman and the deputy secretary and all those folks,” he said.

One intriguing insight from a roundtable Hyten held this morning with reporters here concerned the role of commercial sensors and communications in the new NC3 architecture. Of course, most of the current system was built before the Internet and is hardwired or protected through encryption and other techniques.

“That kind of structure will not work,” Hyten said. “The structure we build has to be a near-infinite number of pathways and go through every element of space, hard space, commercial space, different kinds of ground and air-to-air lines. so adversaries can not figure out what happens.”

Asked if he sees any commercial opportunities for NC3, Hyten was positively positive. “I do, lots of pathways.” Double-ended encryption, for example, could help facilitate the use of commercial technologies. 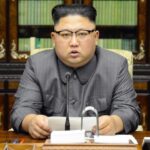 On to the one state the world has worried most about using nuclear weapons: North Korea. How would Hyten describe the threat environment, I asked.

“The easiest way to say it….Just look at my sleep schedule. That’s a good metric. In 2017 it seemed like every weekend I was up all weekend — including the Fourth of July,” said Hyten, who gets the missile launch alerts. “The bell goes off, and you stand up, and you don’t know what’s on the end of that missile until it’s done; and then you have to decide as a nation, how do you respond to that. You don’t want to be in the kind of environment all the time…. In 2018, my sleep schedule was a whole lot better.”

We asked Hyten, who was nominated to serve as Vice Chairman of the Joint Chiefs of Staff this morning, about India’s anti-satellite (ASAT) test.

HIs response was much more detailed than those we’ve heard from the rest of President Trump’s executive branch. Hyten does appreciate the way that India structured its test “in very low earth orbit, and did not create significant debris that put things at risk,” he said. “Nonetheless, all debris is bad, and I hope for the day when we have norms of behavior, and I think the place to start is with debris-creating events. I think that’s the perfect place to start.” (Hear that, OSD Policy and State Department?)

“I wish that the world would come to some kind of agreements where we would understand the importance of space control, but we wouldn’t create (space) debris,” the general told Breaking Defense in an April 8 interview. “But today we have no rules.” (Space control is US military parlance for ensuring military freedom of action in space, including both defense against threats to friendly satellites and holding adversary space assets at risk.) ,

Hyten is the first high-ranking US military officer to comment on the need to find some sort of global accord to forgo debris creating weapons in the wake of the Indian test. His words, while measured, amounted to an implied criticism of Delhi’s move.

NASA Administrator Jim Bridenstine was highly critical of the move in a NASA town hall meeting April 1, but as colleague Jeff Foust of Space News reported on April 7, NASA reversed its initial move to suspend some cooperation with India’s space agency ISRO. Essentially, the Trump administration is leery of pressuring India too hard because of its perceived strategic importance in countering China.

Hyten explained that he gets India’s need to “defend itself” against increasing threats to its space systems, noting “we have to defend ourselves too.”

India’s Mission Shakrit used a Prithvi Defense Vehicle Mark II ballistic missile to destroy its MICROSAT-R satellite (actually the size of a small car, not particularly “micro”) at an altitude of about 300 kilometers. The Indian government said very little debris would be created and that what there was would de-orbit and burn up in the atmosphere within 45 days. However, Air Force Space Command has said that about 400 pieces of debris still being tracked. Outside experts have found that about 47 pieces have been flung into orbits above the International Space Station where a number of active commercial and military satellites are stationed, thus putting at risk much of Low Earth Orbit (LEO) for at least a month.