China successfully launched the Zhongxing-19 mission on a Chang Zheng 3B/E rocket today (5.11.). The rocket took off at 11:50 UTC from the Xichang Satellite Launch Center in China and launched into geostationary transfer orbit (GTO).

This launch is a replacement payload for the previously malfunctioned Zhongxing-18 satellite, which was initially launched on the same rocket configuration in August 2019. After the launch of that payload was confirmed a success, it was later revealed that the satellite had a critical malfunction in orbit, and the satellite was unable to communicate.

The Zhongxing (ChinaSat in English) satellites are owned by China Satellite Communications. They are communication satellites that are produced to serve all kinds of different communication purposes for China. They provide reliable, high-bitrate uplinks for radio and TV stations. This particular payload will cover pacific trade routes, especially in the eastern pacific and the west coast of North America. 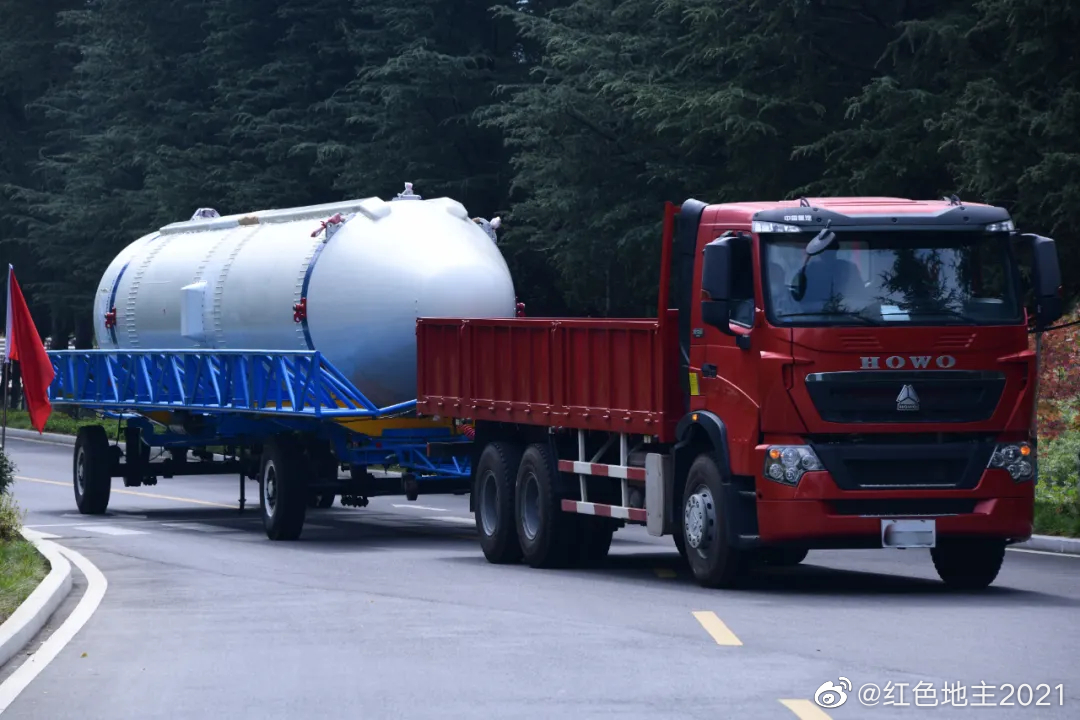 The Zhongxing-19 payload arrives at the launch site. (Credit: CASC)

If the satellite is similar to the Zhongxing-18 payload it is replacing, it masses about 5,200 kg and has a dimension of about 2.3 by 2.1 by 3.6 meters. The two solar power arrays provide 10.5 kW together. It can use three-axis stabilization to orientate itself correctly.

They are most likely built on the platform of the DFH-4E satellite bus, which is a successor of the DFH-4 bus which initially launched in 2006. The debut launch of the DFH-4E bus was the failed Zhongxing-18 mission. The second mission, Palapa-N1, also failed. This time the bus was not involved in the failure, as the launch vehicle did not reach orbit. In the third mission for the APStar-6D mission in July 2022, the bus performed without issues.

The Chang Zheng 3B/E (also known as Long March 3B/E) is a three-staged launch vehicle developed by the China Academy of Launch Vehicle Technology (CALT). It is mostly used for GTO and geostationary orbit (GEO) missions and is one of the most capable rockets of the Chinese space program.

For this flight, the 3B/E variant was used. This is a boosted version of the less capable 3B variant of the CZ-3 family. It features a length extension of the four attached liquid rocket boosters, as well as an extension to the liquid core stage. 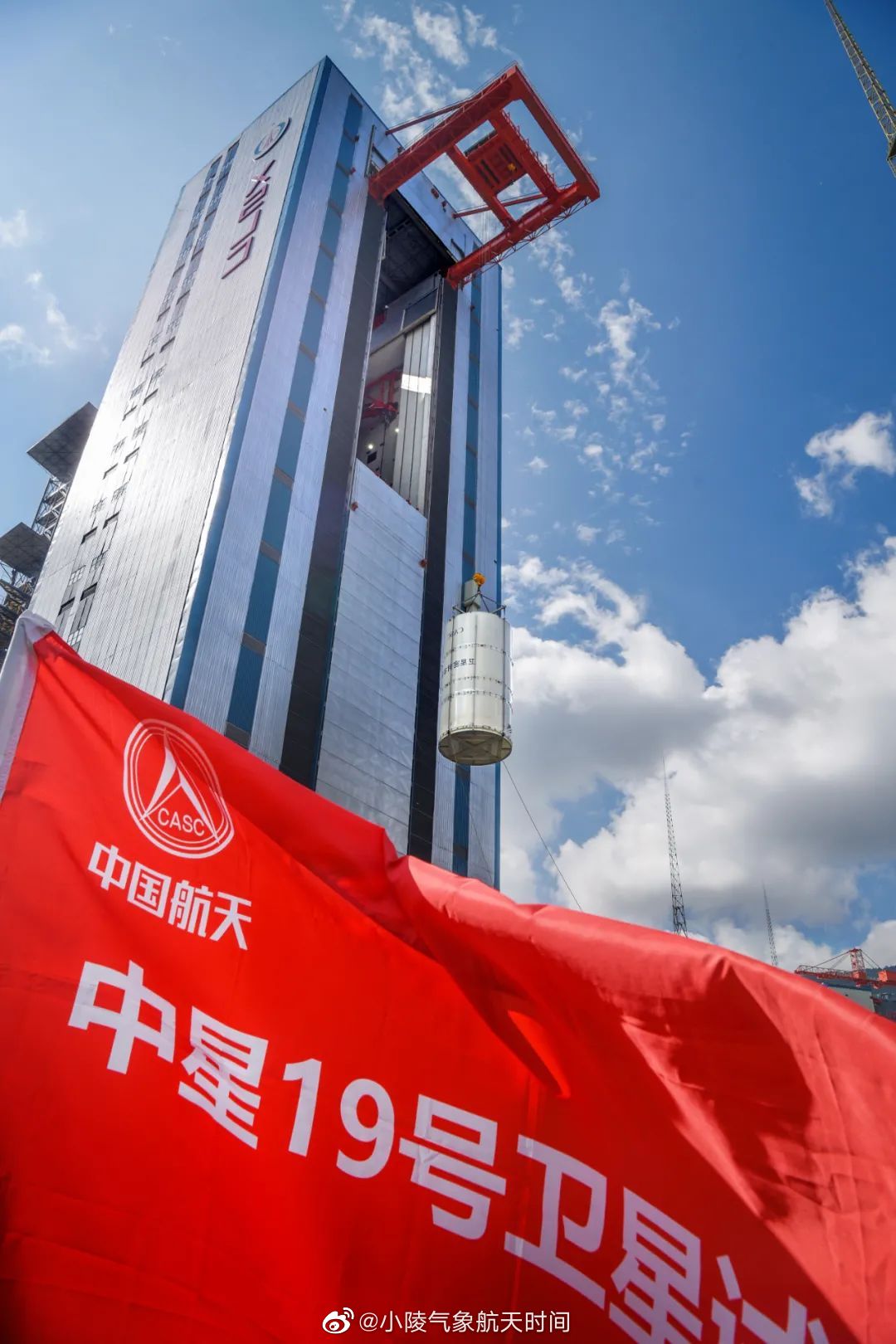 The payload getting lifted for integration on top of the vehicle. (Credit: CASC)

The first launch of the 3B/E variant was in May 2007 for the NigComSat-1 mission. Down the line, the rocket will be replaced by newer Chinese rockets, such as Chang Zheng 7, which will eliminate the need for toxic hypergolic fuels and launch sites that are close to residents.

In the past, the CZ-3B rocket family had multiple failures. In February 1996, it failed during the Intelsat-708 mission and veered off course about 20 seconds after liftoff. During that launch failure, the rocket impacted a nearby village and injured and killed multiple people. The reason for this failure was a short circuit in the vehicle guidance.

Two Palapa missions also failed on the rocket. In August 2009, during the Palapa-D mission, the third stage underperformed and left the satellite in a lower-than-intended orbit. The mission still was able to continue, as the satellite used its onboard propulsion to correct for the missing altitude. It shortened the satellite’s lifetime by about five years.

In the Palapa-N1 mission, one of the third-stage engines failed to ignite. The satellite did not reach orbit and reentered the atmosphere.

At liftoff, the rocket produced 740.4 kN of thrust from each of the four liquid boosters. Each of these boosters is powered by a single YF-25 rocket engine that runs on unsymmetrical dimethylhydrazine and dinitrogen tetroxide.

The core stage, with its diameter of 3.35 meters and height of 24.76 meters, is powered by four YF-21C engines that provide a liftoff thrust of 2,961.6 kN. Together with the boosters, this brings the liftoff thrust to 5,923.2 kN. It runs on the same hypergolic fuel mix. 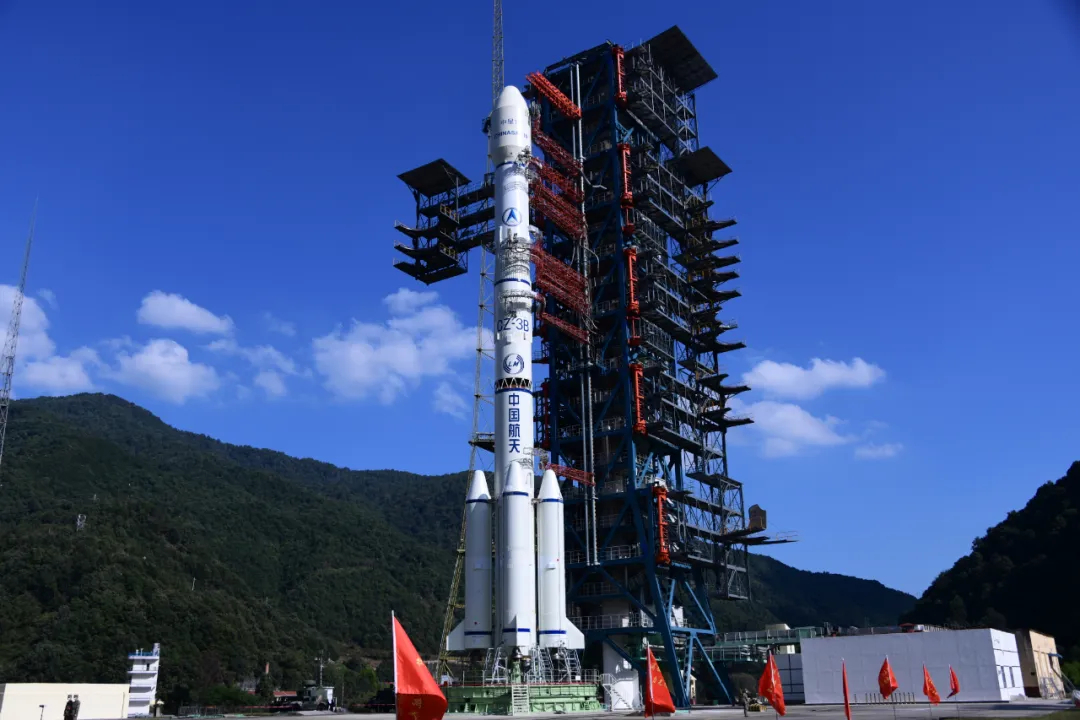 The second stage is 12.92 meters tall with the same diameter as the first stage. It is powered by a single YF-24E module, which contains a YF-22E main engine, and four YF-23F vernier engines. The main engine can produce up to 742 kN of thrust for up to 185 seconds.

For the final stage, a single YF-75 engine is used. This engine can provide up to 167.17 kN of thrust, with a maximum burn time of 478 seconds. In most missions, it is the final stage before the payload is left on its own and released into space. Some very rare mission profiles demand the use of the Yuanzheng kick stage as a fourth stage. This was not the case for today’s mission.

The launch was conducted from the Xichang Satellite Launch Center. The launch center is a spaceport in China used to launch a range of older Chinese orbital rockets, such as CZ-2 and CZ-4.