Meet Scott in this #ULARocketStars profile! 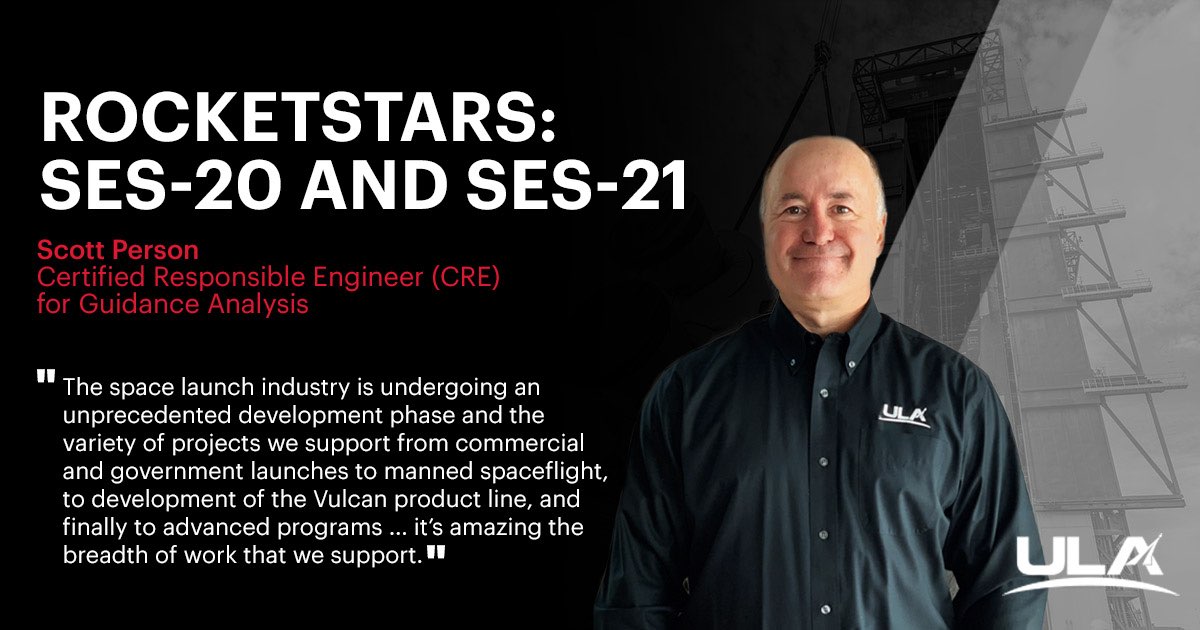 The launch weather forecast has improved to an 80 percent chance of acceptable conditions to allow liftoff on Tuesday. The outlook calls for low clouds, the chance of scattered showers, good visibility, breezy north winds 18 to 23 knots and a temperature near 76 degrees F.

Our Atlas V rocket has arrived at its Cape Canaveral pad for Tuesday's launch of two commercial satellites that will relay television channels to more than 100 million homes across America. 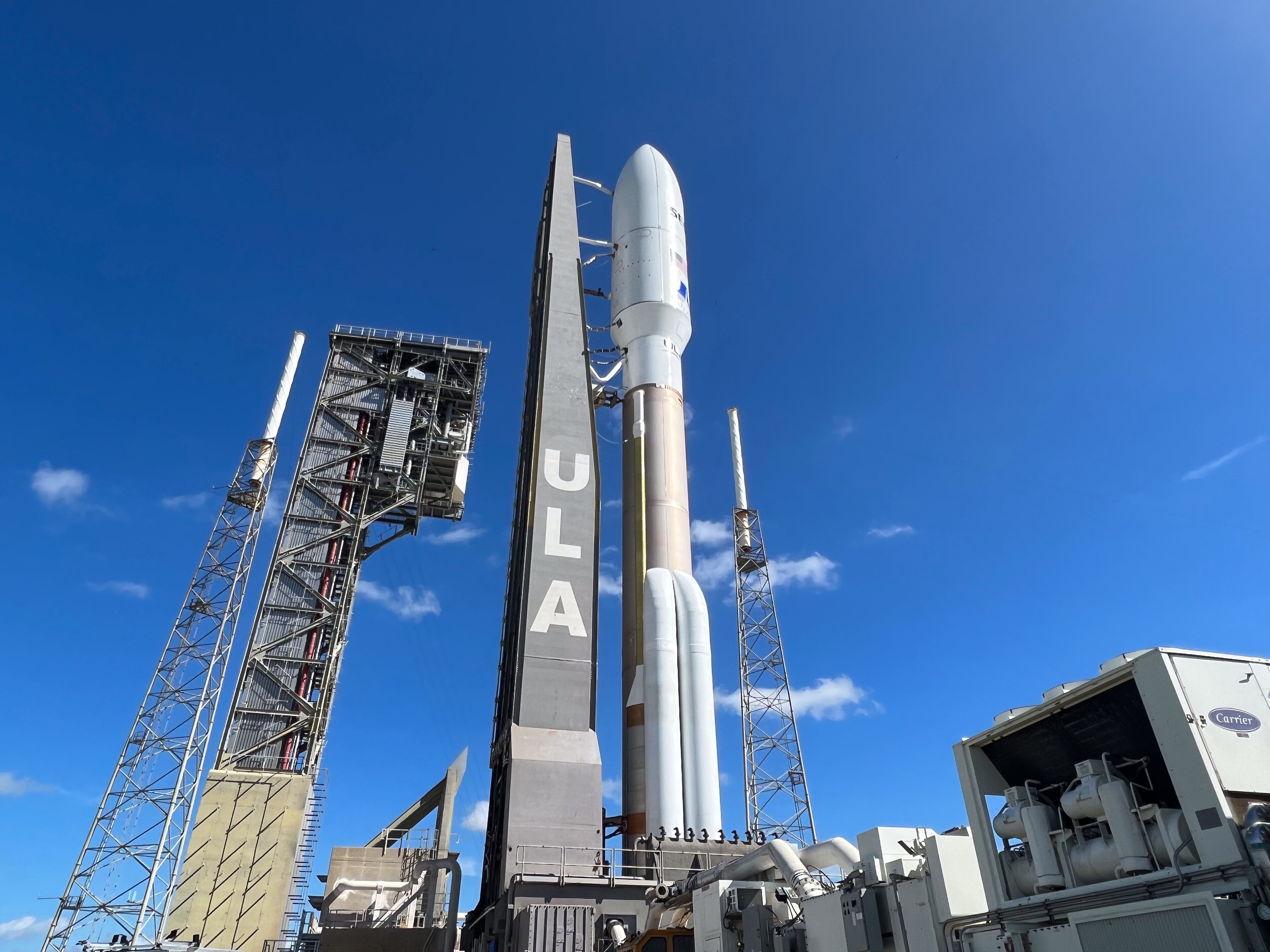 The MLP has been lowered onto the launch pad piers, accomplishing the "harddown" milestone at 11:49 a.m. EDT.

Over the next few hours today, umbilical connections will be made with launch pad systems, the environmental control system feeding conditioned air to the rocket and payload will be switched to facility supplies to allow the portable trailers used during rollout to be unplugged and moved away, and the first stage will be loaded with 25,000 gallons of RP-1 fuel, a highly refined kerosene.

The seven-hour launch countdown will begin Tuesday morning, leading to a liftoff at 5:36 p.m. EDT (2136 UTC).

The SES-20 and SES-21 spacecraft are sharing the same Atlas V rocket for launch into near-geosynchronous orbit for global satellite operator SES.

The optimized flight design and performance of the Atlas V 531 will place both satellites close to their operational stations in space. This translates to minimal orbit raising by the spacecraft to reach their destination, enabling a more timely activation of commercial services

SES-20 will operate in the 103 degrees West orbital slot and SES-21 at 131 degrees West, and are expected to begin operations by November. Each satellite is equipped with C-band transponders to relay digital TV signals to millions of homes in the continental U.S. 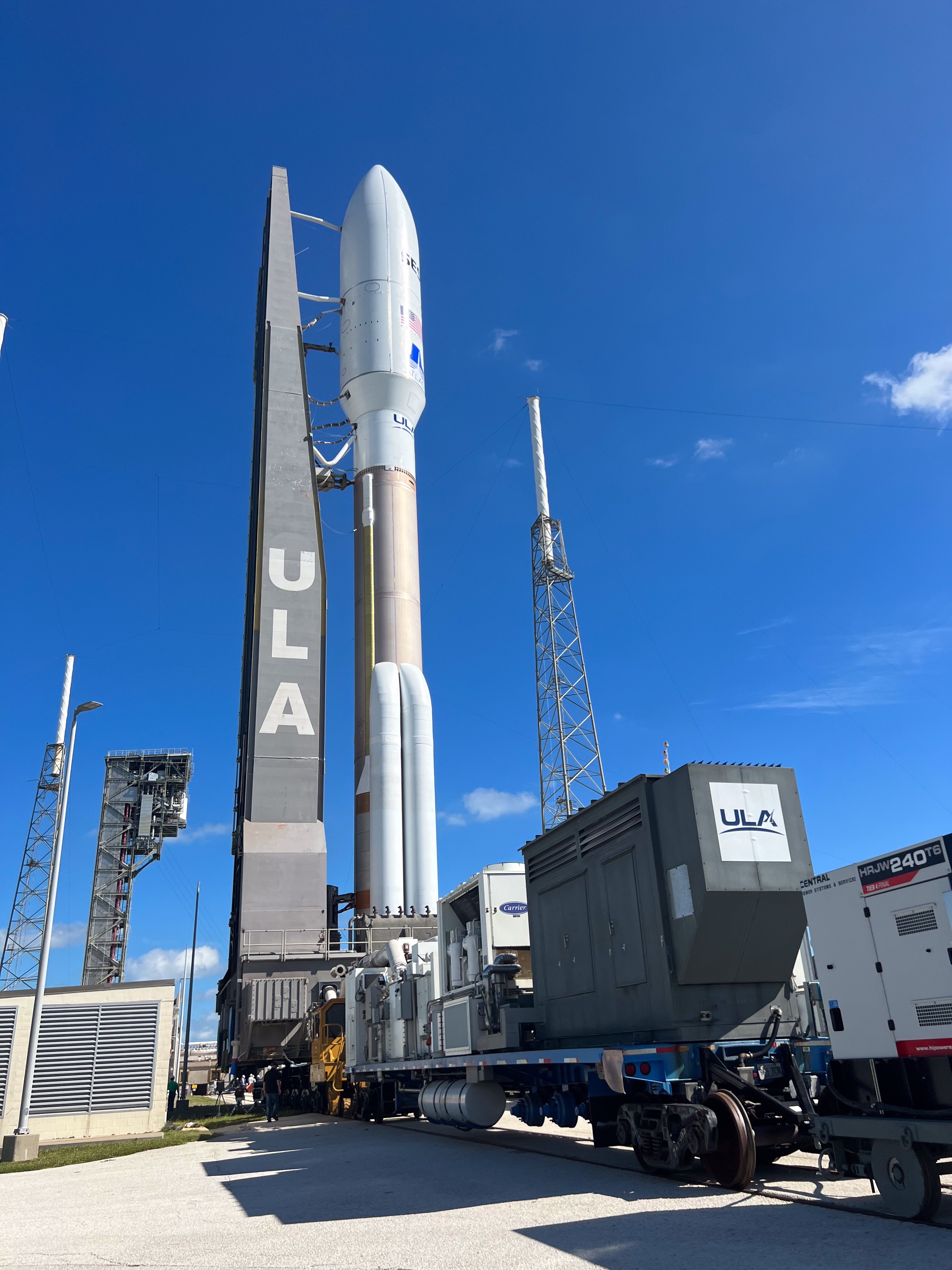 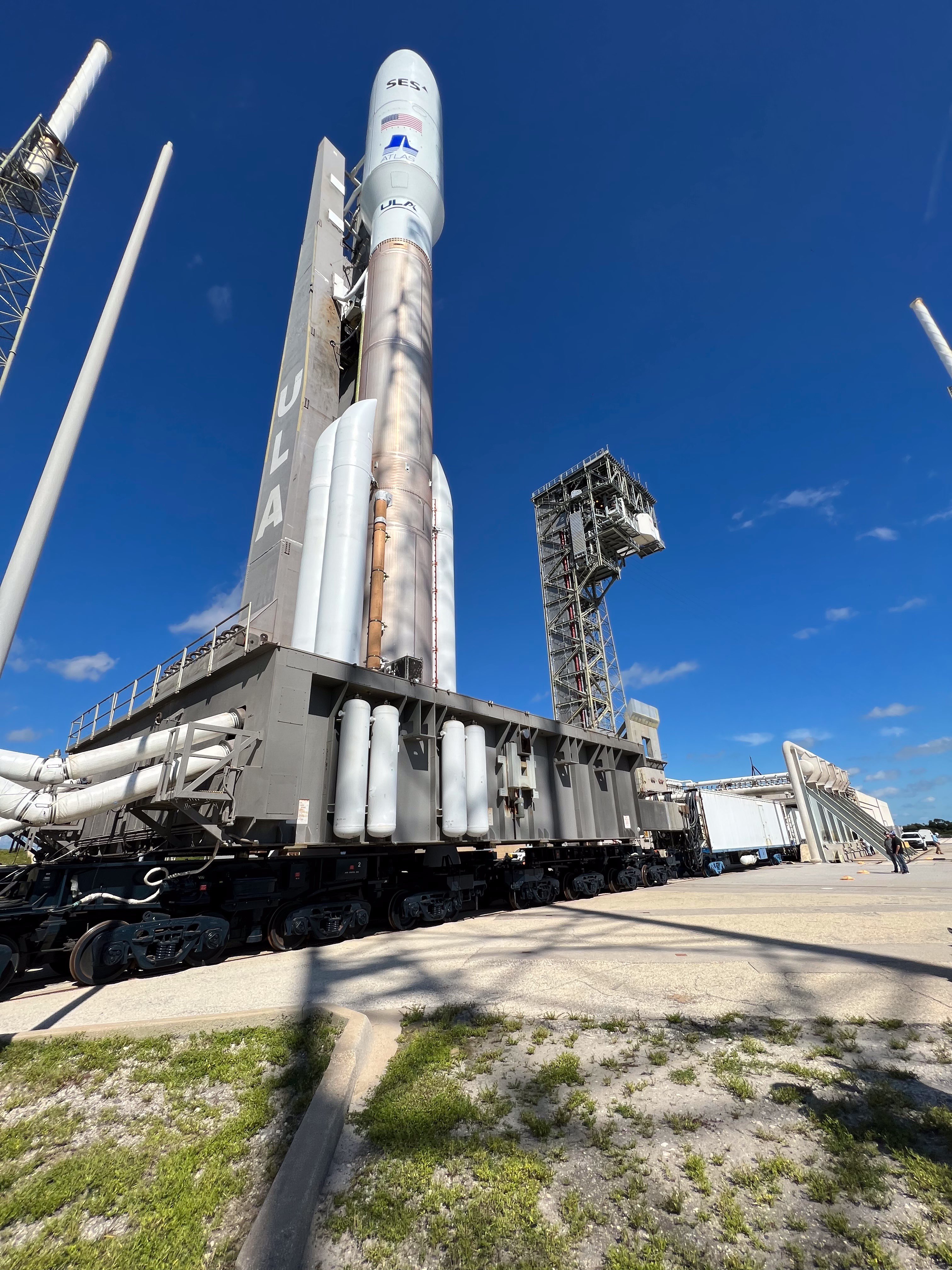