Our Milky Way galaxy is surrounded by a halo of hot gas -- gas much hotter than scientists previously thought, new research shows. And our galaxy might not be unique in that way.

The halo that surrounds our own Milky Way galaxy is much hotter than scientists once believed – and it may not be unique among galaxies.

The new findings were presented at a meeting of the American Astronomical Society, held online June 1 to 3 because of the COVID-19 pandemic.

In previous work, researchers at The Ohio State University found that parts of the Milky Way’s halo – the hazy fog of dust, gas and dark matter that surrounds some galaxies – was at least 10 times hotter than anyone had known before.

This new research found that the extreme temperatures the researchers found in the original analysis – up to 10 million degrees Kelvin, or about 18 million degrees Fahrenheit – could possibly be found in the entire halo, said Smita Mathur, professor of astronomy at Ohio State. 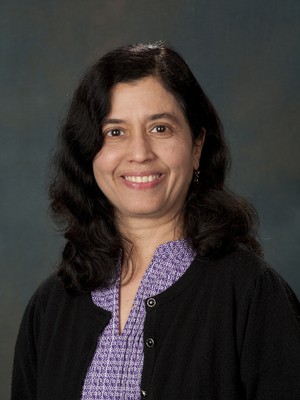 “We can’t say for sure that it is everywhere, because we have not analyzed the entire halo,” Mathur said. “But we know now that the temperatures we saw in the first study definitely are not unique, and that is very exciting.”

Mathur, senior researcher on the trio of studies presented, said the findings could help astronomers understand more about how the Milky Way and galaxies like it form and grow.

“We are trying to learn about the elements that form these halos, and about the temperatures there,” she said. “Knowing those things can help us understand more about how galaxies connect with the rest of the universe, and how they formed and where elements might have come from.”

Learning more about the halo, which is the final link between a galaxy and the wider universe around it, could help researchers understand the ways a galaxy grows and changes over time.

The data they analyzed came from an X-ray observatory telescope run by the European Space Agency. That telescope, called XMM-Newton, collects data in X-rays that would have otherwise been blocked by Earth’s atmosphere.

The telescope collected that data from within the Milky Way, focused in one direction.

“It showed us that the halo was much hotter than we had known, but it didn’t show us whether that was the case throughout the galaxy, or if the telescope had picked up an aberration caused by an unknown force coming from the direction where the telescope was pointed,” Mathur said.

Anjali Gupta, a visiting astronomy researcher at Ohio State, analyzed data from the Japanese X-ray satellite telescope Suzaku, which collected spectrum from the Milky Way’s halo in four different directions. That analysis confirmed their earlier finding, that the halo is much hotter than had previously been known, and also showed that the other parts of the halo likely are that hot.

The researchers also wondered if the temperatures they found in the Milky Way’s halo might be found in other galaxies.

Mathur and Sanskriti Das, a graduate student at Ohio State who co-authored the previous study about Milky Way’s halo, analyzed data from a galaxy about 200 million light years away from us. That galaxy, NGC 3221, is similar to the Milky Way in shape and size. The analysis found that the halo that surrounds that galaxy is about as hot as the halo surrounding the Milky Way.

Mathur, Das and Gupta all presented about the findings in separate presentations at AAS.