The new technology test satellites were developed by the Shanghai Institute of Microsatellite Innovation, the Chinese Academy of Sciences (Xinjishu Shiyan-G), and the National University of Defence Technology (Xinjishu Shiyan-H).

As with the previous satellites, the new satellites will be used to carry out inter-satellite link networking and new ground observation technology tests in orbit.

Previous satellites in the series were launched on February 19, 2020. That mission orbited four satellites – named Xinjishu Shiyan-C to F, XJS-C and D – made by SAST, XJS-E by the Harbin Inst of Tech. and XJS-F by CAST’s DFH Satellite Co., Ltd. (DFHSat).

When the launch was first announced, it was noted the launcher would use a 2.5-meter-diameter fairing for the first time and that would use a highly integrated and highly intelligent information launch platform, with the rapid launch capability reaching a new level of development.

This was the ninth launch of the Long March-11, including the CZ-11H version launched from a maritime launch platform.

LM-11 is a four-stage solid-fuelled launch vehicle equipped with a reaction control system on the fourth stage. 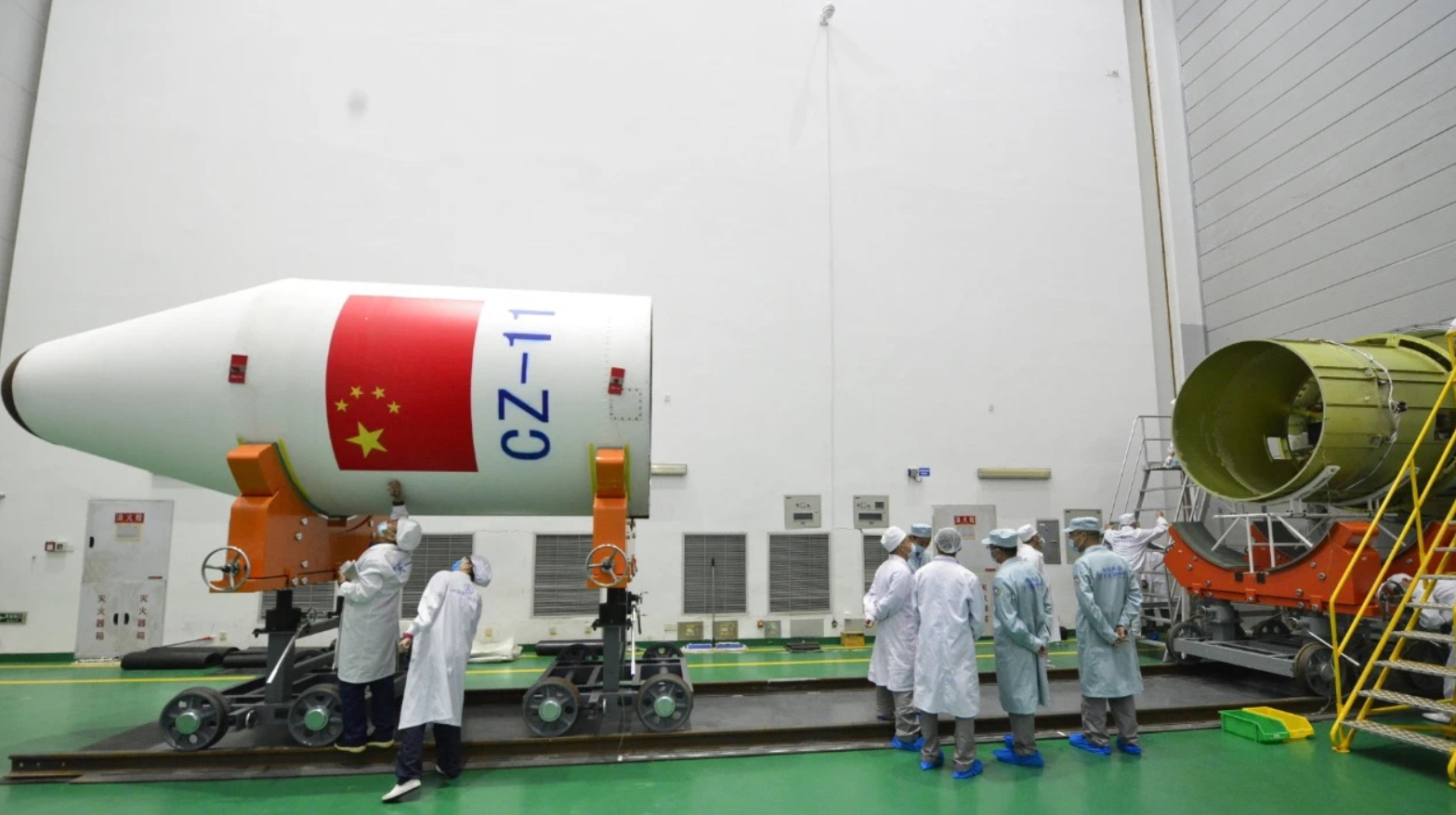 The CZ-11 can also be launched from a maritime launch platform using the CZ-11H version.

The maritime launch platform is owned and run by an unnamed Chinese maritime engineering company. The platform is roughly 110 x 80 m in size, equipped with a 15.5 m high TEL.

The Xichang Satellite Launch Centre is situated in the Sichuan Province, south-western China and is the country’s launch site for geosynchronous orbital launches.

Equipped with two launch pads (LC2 and LC3), the center has a dedicated railway and highway lead directly to the launch site.

The Command and Control Centre is located seven kilometers south-west of the launch pad, providing flight and safety control during launch rehearsal and launch.

Other facilities on the Xichang Satellite Launch Centre are the Launch Control Centre, propellant fuelling systems, communications systems for launch command, telephone and data communications for users, and support equipment for meteorological monitoring and forecasting.

The next launch from China will take place on May 31 when the Long March (Y51) rocket will be launched from Jiuquan’s LC43/94 orbiting the Gaofen-9 (02) remote sensing satellite.

The Long March-11, developed by China Academy of Launch Vehicle Technology, is the only rocket that uses solid propellants among China's Long March rocket series. It is mainly used to carry small satellites and can take multiple satellites into orbit at the same time.

Peng Kunya, a chief designer of the Long March-11, said that it was the first time that the Long March-11 was launched from the Xichang Satellite Launch Center, proving its adaptability to different launch sites.

The Long March-11 has been launched from the Jiuquan Satellite Launch Center in northwest China. Last June, China conducted its first space launch from a sea-based platform via the rocket.

The fairing is a piece of material that is part of the rocket's nose cone to protect the payload. According to Peng, the Long March-11 used a fairing 2 meters in diameter for the first time. It provides more space to the payload, enabling the launch of multiple satellites on a single rocket.

Meanwhile, a highly-integrated and intelligent launch platform was also used in Saturday's mission. The platform enables the rocket to be launched at different launch sites and significantly reduces launch preparation time.

Saturday's launch was the 332nd mission of the Long March rocket series. Enditem