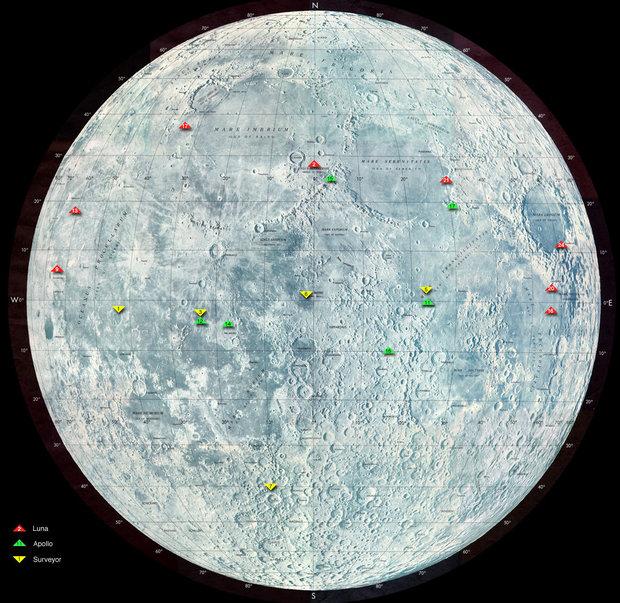 Former President Obama wasn't for it. "We've been there," he said while canceling the rocket program that could have taken us back. NASA certainly hasn't pushed it, preferring to focus its energy instead on a "Mission to Mars."

There's doubt, too, that the Millennials who will have to keep America's future in space alive are all that interested in it, either. They seem to have Mars fever if they have any space fever.

"It" is the idea of America returning to the moon to orbit, then land, and then to stay permanently. But the first steps toward "it" are already happening and the clues are where they always are - in following the money.

1. Last week, Elon Musk said last week his company SpaceX has agreed to ferry two paying customers on a flight around the moon in 2018. That would give SpaceX practical experience in getting to the moon, orbiting it and coming back.

2. NASA Acting Administrator Robert Lightfoot last month directed his agency to study the idea of flying astronauts around the moon on the first flight of its Space Launch System (SLS). That's years ahead of the original plan for astronauts on SLS.

3. Jeff Bezos, founder of Amazon and the rocket company Blue Origin, confirmed this week that he wants to participate in building a permanent lunar base. He would provide a kind of Amazon-in-space delivery of parts and equipment, Bezos said, adding, "It's time for America to go back to the moon and this time to stay."

4. Robert Bigelow of Bigelow Aerospace suddenly tweeted this week about the prospect of using his B330 expandable space habitat as a moon-orbiting lunar depot.

Those are all smart guys, and they're looking straight at the moon. So, too, is President Trump, if reports are accurate he's being advised that a return to the moon is something great America can accomplish soon.

Why do they want to go? For starters, we can't go today. We don't have the rockets or the landers, although the first SLS is being built under guidance from Alabama's Marshall Space Flight Center in Huntsville. Just getting to the moon, landing and returning would develop skills and tools needed for Mars or any other destination in space.

We also know now that the moon has ice, maybe on the surface, and ice can become water and oxygen. Those are key ingredients for long-term human survival in space. There's also a lot on the moon we didn't see or study in the six Apollo flights that landed there.

Going to Mars is the big goal, but it is so complex and expensive that going and returning probably won't happen for decades. That's several presidents, several Congresses and many federal budgets away. Yet there seems to be a consensus emerging that returning to the moon is doable and worth doing. Look for that consensus to grow this year.