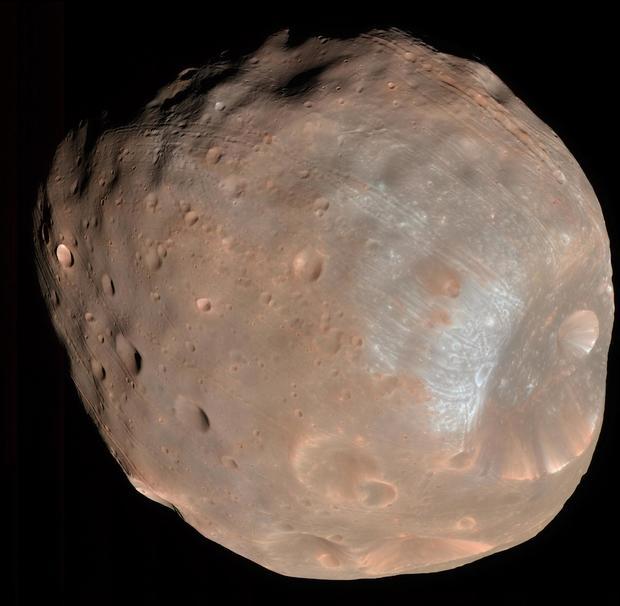 This is a closeup of the Mars moon Phobos, which was on a collision course with NASA's MAVEN spacecraft this week until the space agency gave MAVEN a little extra engine oomph to dodge the big rock. (NASA photo)
-

NASA says it ordered an unscheduled maneuver this week to keep its Mars-orbiting MAVEN spacecraft from colliding with the planet's rocky moon Phobos.

The slight "burn" - as NASA calls a rocket motor firing - assured that MAVEN will miss Phobos at an upcoming orbit crossing by about 2 1/2 minutes, NASA said Thursday. 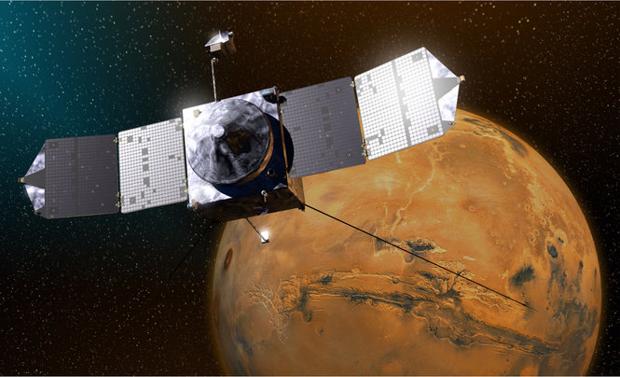 MAVEN stands for Mars Atmosphere and VolatileEvolutioN. It's a spacecraft that's been orbiting Mars for a little over two years studying the Red Planet's atmosphere, ionosphere and interactions with the sun and solar wind.

The spacecraft is in an elliptical orbit that crosses other spacecraft orbiting Mars and Phobos "many times over the course of a year," NASA said. When the orbits cross, there's a good chance of collision if any two arrive at an intersection at close to the same time.

All the orbits are known in advance and monitored by NASA's Jet Propulsion Labboratory (JPL). This time, Phobos and MAVEN would have reached an intersection on Monday within about 7 seconds of each other. Translation: a "high probability" of a collision. This is the first time they would have come this close.

Instead, NASA gave MAVEN just enough "gas" to boost its speed about 1 mile an hour. That means a clean miss on Monday.