The Khrunichev Space Center will deliver the 2nd Angara-A5 carrier rocket to the Russian Defense Ministry by the end of 2016, Center Deputy CEO Roman Khokhlov told TASS on Friday.

"Under the federal space program, we are to deliver the ready-made rocket [to the customer] by the end of 2016 for acceptance," Khokhlov said, adding that the launch date for the 2nd heavy Angara carrier rocket would be set by the customer.

At the first stage, the Omsk-based Polyot production association, which is part of the Khrunichev Space Center, will be annually producing five heavy and several light Angara family rockets, Khokhlov said.

"To give an idea of Polyot’s role in the production of the heavy Angara rocket, for example, it can be said that over 70% of its 55-meter height is now manufactured in Omsk. This share will increase after the manufacture of the nose fairing is transferred to Polyot," Khokhlov said. 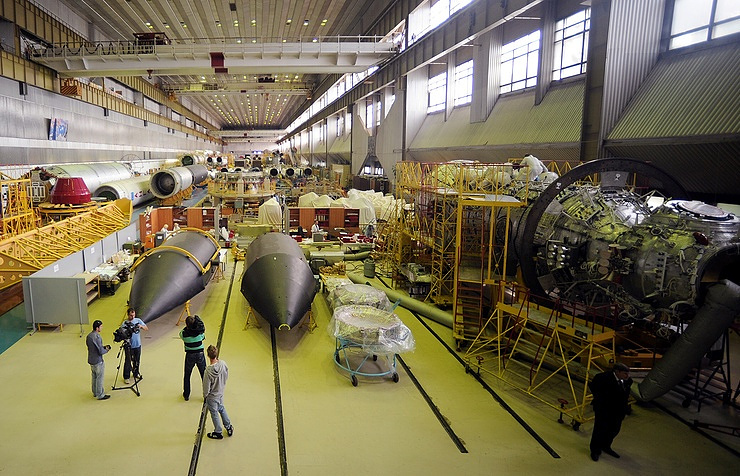 "From 2017, the Angara rocket will be assembled in the Omsk Region only. Works to launch the full technical production cycle is currently under way," the governor said at the Russian Investment Forum that ended in Sochi on Tuesday evening.

The production facility is due to be ready in the second quarter of 2017, the governor said.

The Angara family comprises eco-friendly oxygen-kerosene carrier rockets from the light to heavy classes. The Angara-class light carrier rocket was launched for the first time in mid-2014. The first heavy carrier rocket blasted off in late 2014.