• Japan’s ispace will launch its HAKUTO-R Mission 1 on 30 November* on its journey to the Moon. It is aiming to be the first mission by a private company to land on the lunar surface.

• Under a commercial contract with ispace EUROPE S.A., ESA is responsible for ensuring communication between the spacecraft and its teams on Earth throughout the mission.

• The Agency’s global network of tracking stations will be used to transmit commands to the spacecraft and receive scientific data and status information from Mission 1 and the experiments carried out on the Moon.

Mission 1 is the first mission of the HAKUTO-R lunar exploration programme from the company ispace, based in Tokyo, Japan, with offices in Luxembourg and the US. It will be launched into a low-energy transfer orbit by a SpaceX Falcon 9 rocket to the Moon.

The journey will take three to five months and see the spacecraft venture out to deep space and back again. Once on the Moon, it will conduct a host of experiments in cooperation with various commercial and agency entities on Earth.

“This is exactly the future of lunar exploration that we are working towards,” says Rolf Densing, ESA Director of Operations.

“The mission will also provide ESA’s ground station teams with valuable experience for upcoming ESA and partner missions going to the Moon, such as Lunar Pathfinder and those of ESA’s Moonlight initiative.”

“We are pleased to be working with ESA and utilising their extensive tracking station network in support of our Mission 1 operations,” said Takeshi Hakamada, Founder & CEO of ispace.

“I believe this kind of international collaboration is vital to building a robust cislunar economy, as it opens the doors for companies like ours to contribute expertise to the future of commercialised space.”

Following launch and separation, the spacecraft will be operated from the HAKUTO-R Mission Control Center in central Tokyo, Japan. The Center will monitor the lunar lander’s vital signs – its attitude, temperature, and other conditions – send commands to the spacecraft and receive the data gathered by the lander’s various instruments and experiments during transit to the Moon and during their time on the lunar surface.

But how will mission controllers get their commands to the spacecraft and its experiments' data back to Earth from deep space and eventually from the Moon’s surface? That’s where ESA comes in.

From the dawn of the mission until dusk on the Moon

ESA’s first contact with the lander after launch – known as ‘acquisition of signal’ – will take place over the New Norcia station in Australia. This crucial moment allows ispace to check that the lander is healthy, survived the rigors of launch, and is on the right path.

The Estrack and Goonhilly stations will then follow the lander as it ventures out into deep space and back again on a sweeping trajectory designed to reduce the amount of fuel the spacecraft needs to carry.

It will reach as far as 1.5 million km from Earth at its farthest point – roughly four times the distance between Earth and the Moon. The spacecraft will enter lunar orbit for around one month before the whole craft descends to perform lunar landing.

Surface operations will last for approximately two weeks, with the landing timed as close to the lunar dawn at the landing site as possible, in order to maximise mission time.

ESA’s stations will again be on hand to receive vital data during the descent and confirm a successful landing. During these two weeks, science data will stream down from the Moon to the experiment teams on Earth via ESA’s antennas.

ESA aims to boost Europe’s commercialisation of space. In this international collaboration with ispace, ESA is taking part in new emerging commercial space activities, gaining ground in lunar exploration and paving the way for the Agency’s future Moonlight initiative. 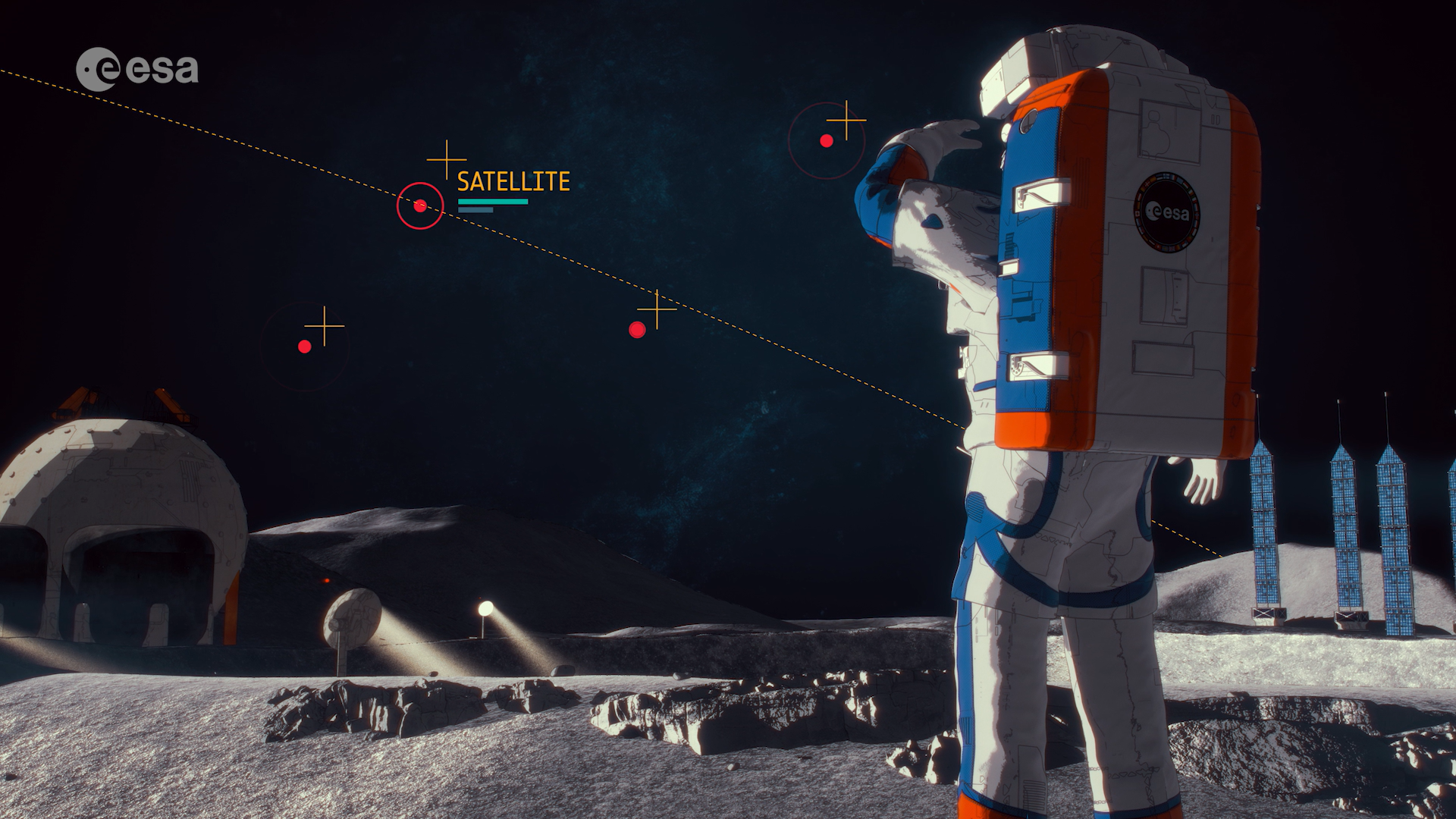 “Companies such as ispace will provide important services and are the future of commercial lunar exploration, but they do not yet have the large ground station and antenna infrastructure required to get the science data from their commercial and government experiments back to their teams on Earth,” says Géraldine Naja, ESA Director of Commercialisation, Industry and Procurement.

ESA is now constructing a fourth 35 m-diameter antenna in order to meet the rising demand for communication bandwidth as the Agency prepares and launches a new generation of its own deep-space and space safety missions.

Support from ESA and commercial European ground stations such as Goonhilly will be essential for future Agency missions and collaborations in the coming years, particularly at the Moon.

*Subject to change depending on weather and other conditions.