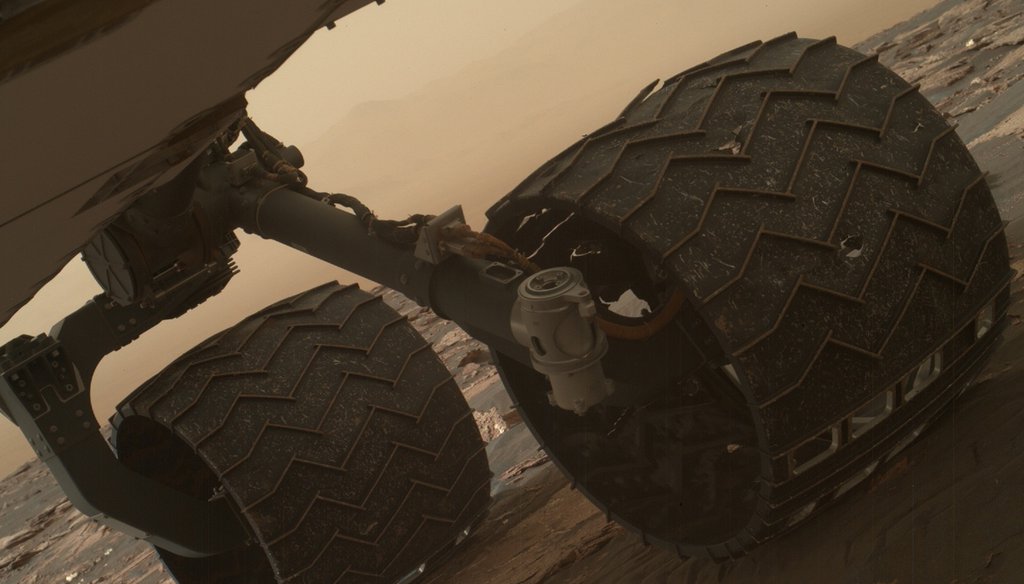 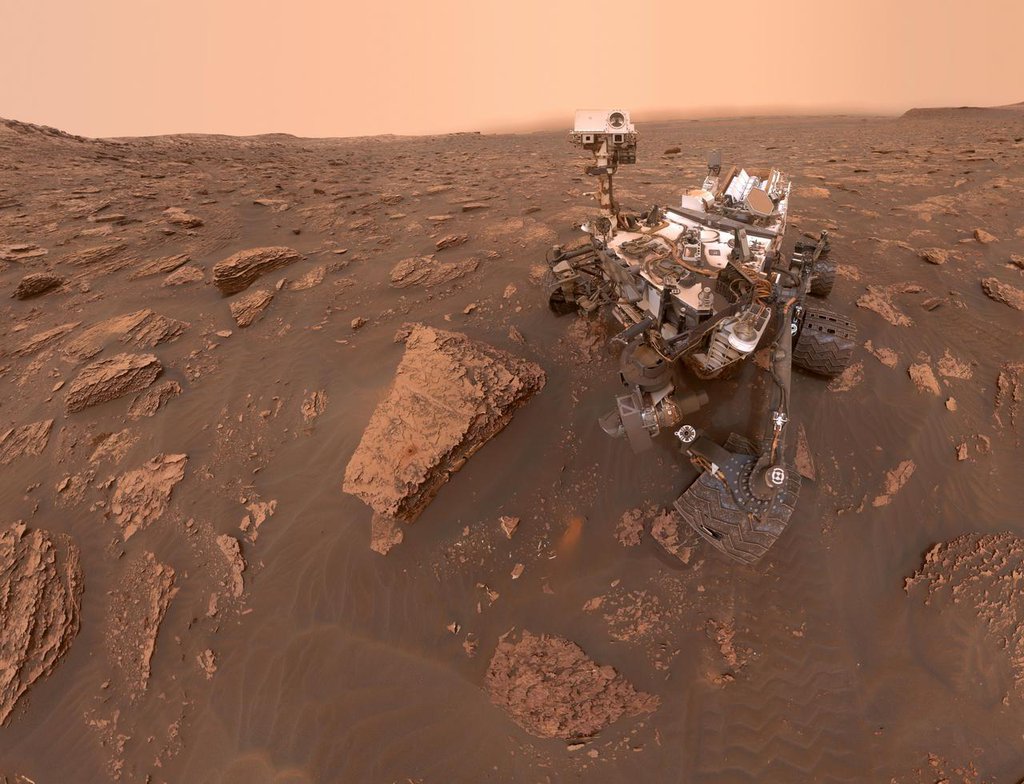 This photo was taken on March 19, 2017, by the Mars Hand Lens Imager camera on the arm of NASA's Curiosity rover. The image helped mission team members inspect the condition of Curiosity’s six wheels.

Why do some science instruments detect the gas on the Red Planet while others don’t?

Reports of methane detections at Mars have captivated scientists and non-scientists alike. On Earth, a significant amount of methane is produced by microbes that help most livestock digest plants. This digestion process ends with livestock exhaling or burping the gas into the air.

While there are no cattle, sheep, or goats on Mars, finding methane there is exciting because it may imply that microbes were, or are, living on the Red Planet. Methane could have nothing to do with microbes or any other biology, however; geological processes that involve the interaction of rocks, water, and heat can also produce it.

Before identifying the sources of methane on Mars, scientists must settle a question that’s been gnawing at them: Why do some instruments detect the gas while others don’t? NASA’s Curiosity rover, for instance, has repeatedly detected methaneright above the surface of Gale Crater. But ESA’s (the European Space Agency) ExoMars Trace Gas Orbiter hasn’t detected any methane higher in the Martian atmosphere.

“When the Trace Gas Orbiter came on board in 2016, I was fully expecting the orbiter team to report that there’s a small amount of methane everywhere on Mars,” said Chris Webster, lead of the Tunable Laser Spectrometer (TLS) instrument in the Sample Analysis at Mars (SAM) chemistry lab aboard the Curiosity rover.

The TLS has measured less than one-half part per billion in volume of methane on average in Gale Crater. That’s equivalent to about a pinch of salt diluted in an Olympic-size swimming pool. These measurements have been punctuated by baffling spikes of up to 20 parts per billion in volume.

“But when the European team announced that it saw no methane, I was definitely shocked,” said Webster, who’s based at NASA’s Jet Propulsion Laboratory in Southern California.

The European orbiter was designed to be the gold standard for measuring methane and other gases over the whole planet. At the same time, Curiosity’s TLS is so precise, it will be used for early warning fire detection on the International Space Station and for tracking oxygen levels in astronaut suits. It’s also been licensed for use at power plants, on oil pipelines, and in fighter aircraft, where pilots can monitor the oxygen and carbon dioxide levels in their face masks.

Still, Webster and the SAM team were jolted by the European orbiter findings and immediately set out to scrutinize the TLS measurements on Mars.

Some experts suggested that the rover itself was releasing the gas. “So we looked at correlations with the pointing of the rover, the ground, the crushing of rocks, the wheel degradation – you name it,” Webster said. “I cannot overstate the effort the team has put into looking at every little detail to make sure those measurements are correct, and they are.”

Webster and his team reported their results today in the Astronomy & Astrophysics journal.

As the SAM team worked to confirm its methane detections, another member of Curiosity’s science team, planetary scientist John E. Moores from York University in Toronto, published an intriguing prediction in 2019. “I took what some of my colleagues are calling a very Canadian view of this, in the sense that I asked the question: ‘What if Curiosity and the Trace Gas Orbiter are both right?’” Moores said.

Moores, as well as other Curiosity team members studying wind patterns in Gale Crater, hypothesized that the discrepancy between methane measurements comes down to the time of day they’re taken. Because it needs a lot of power, TLS operates mostly at night when no other Curiosity instruments are working. The Martian atmosphere is calm at night, Moores noted, so the methane seeping from the ground builds up near the surface where Curiosity can detect it.

The Trace Gas Orbiter, on the other hand, requires sunlight to pinpoint methane about 3 miles, or 5 kilometers, above the surface. “Any atmosphere near a planet’s surface goes through a cycle during the day,” Moores said. Heat from the Sun churns the atmosphere as warm air rises and cool air sinks. Thus, the methane that is confined near the surface at night is mixed into the broader atmosphere during the day, which dilutes it to undetectable levels. “So I realized no instrument, especially an orbiting one, would see anything,” Moores said.

Immediately, the Curiosity team decided to test Moores’ prediction by collecting the first high-precision daytime measurements. TLS measured methane consecutively over the course of one Martian day, bracketing one nighttime measurement with two daytime ones. With each experiment, SAM sucked in Martian air for two hours, continuously removing the carbon dioxide, which makes up 95% of the planet’s atmosphere. This left a concentrated sample of methane that TLS could easily measure by passing an infrared laser beam through it many times, one that’s tuned to use a precise wavelength of light that is absorbed by methane.

“John predicted that methane should effectively go down to zero during the day, and our two daytime measurements confirmed that,” said Paul Mahaffy, the principal investigator of SAM, who’s based at NASA’s Goddard Space Flight Center in Greenbelt, Maryland. TLS’ nighttime measurement fit neatly within the average the team had already established. “So that’s one way of putting to bed this big discrepancy,” Mahaffy said.

While this study suggests that methane concentrations rise and fall throughout the day at the surface of Gale Crater, scientists have yet to solve the global methane puzzle at Mars. Methane is a stable molecule that is expected to last on Mars for about 300 years before getting torn apart by solar radiation. If methane is constantly seeping from all similar craters, which scientists suspect is likely given that Gale doesn’t seem to be geologically unique, enough of it should have accumulated in the atmosphere for the Trace Gas Orbiter to detect. Scientists suspect that something is destroying methane in less than 300 years.

Experiments are underway to test whether very low-level electric discharges induced by dust in the Martian atmosphere could destroy methane, or whether abundant oxygen at the Martian surface quickly destroys methane before it can reach the upper atmosphere.

“We need to determine whether there’s a faster destruction mechanism than normal to fully reconcile the data sets from the rover and the orbiter,” Webster said.