Astronauts Anne McClain, left, and Zena Cardman are being lowered into NASA’s Neutral Buoyancy Laboratory for spacewalk training on Tuesday, Feb. 25, 2020, in Houston.

Astronaut Anne McClain waves at the audience while being lowered into the Neutral Buoyancy Lab for space walk training next to the International Space Station mockup Tuesday, Feb. 25, 2020, at Johnson Space Center in Houston.

Astronauts Anne McClain and Zena Cardman wiggled into their roughly 270-pound spacesuits attached to a platform. It’s a weight they wouldn’t have to shoulder in microgravity. But here, on the edge of a giant swimming pool, they needed help standing upright, waiting for a giant crane to hoist them up, over and into the water.

Nothing can truly prepare astronauts for the weightlessness of spacewalks. But NASA’s swimming pool lab — and some help from foam blocks, weights and scuba divers — comes close. The Neutral Buoyancy Laboratory in Houston is where NASA prepares its astronauts for spacewalks. 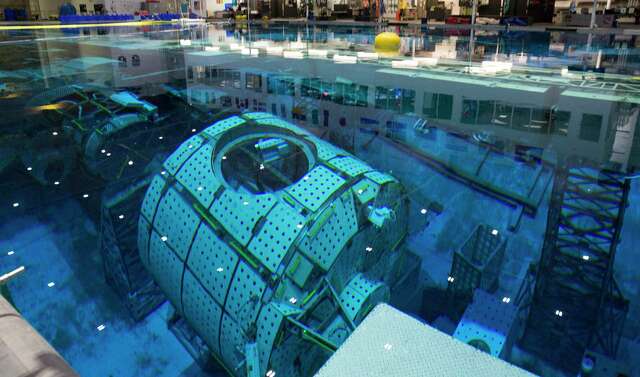 The Neutral Buoyancy Laboratory is 40 feet deep, 202 feet long and 102 feet wide. It holds 6.2 million gallons of water and a mock-up of the International Space Station. The pool’s temperature is kept between 84 degrees and 86 degrees Fahrenheit. 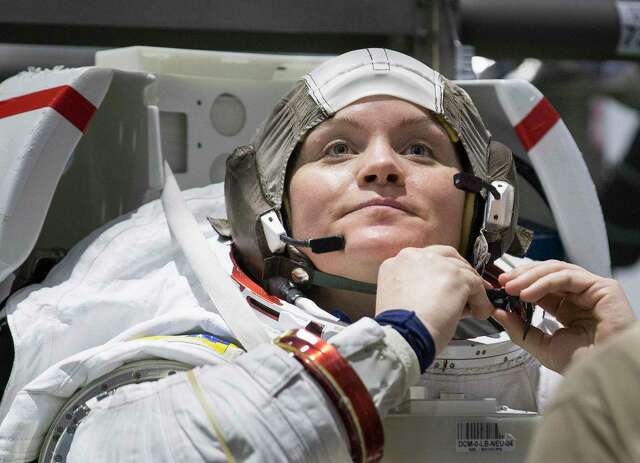 Each astronaut candidate must complete at least nine training sessions in the pool, with each session lasting 6½ hours. After graduating, astronauts continue participating in both generic refreshers and mission-specific training. McClain, for instance, was in the pool on Tuesday despite having already conducted two spacewalks where she spent 13 hours and eight minutes outside the International Space Station. Cardman, who graduated astronaut training in January, has yet to go to space. 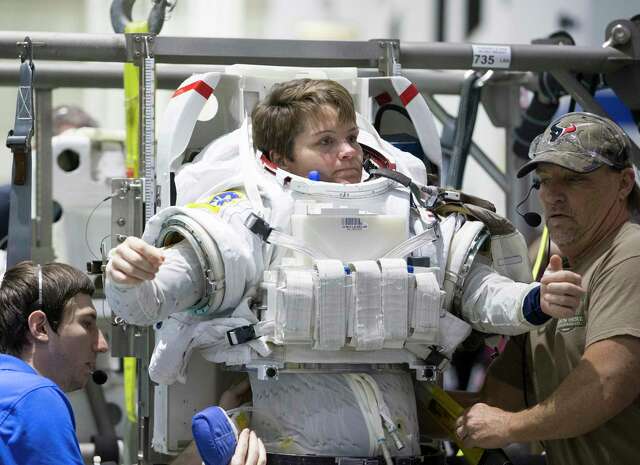 Astronauts in the Neutral Buoyancy Laboratory wear spacesuits that are nearly identical to what they’d wear during a spacewalk (and some of the suits used underwater have actually gone to space). But the underwater suits use foam blocks and weights, helping to lift and sink, respectively, to give astronauts a neutral buoyancy representative of space. Their backpack is hollow, too, as astronauts in the pool receive oxygen through a tube but in space would receive oxygen and other life support systems from their backpack. 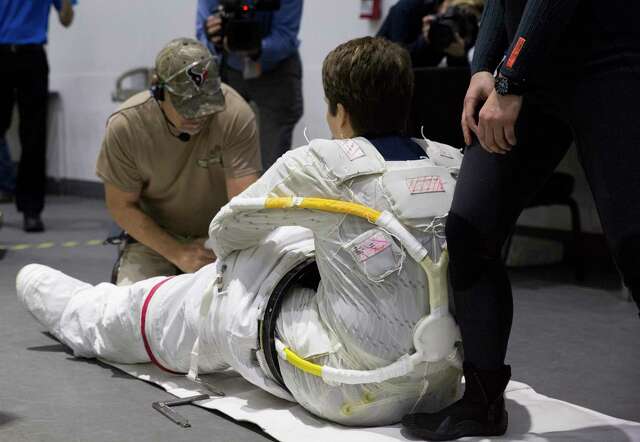 The astronauts don’t get decompression sickness, which can occur among scuba divers and is also known as the bends, because they breathe air that has more oxygen than what’s used by many recreational scuba divers. 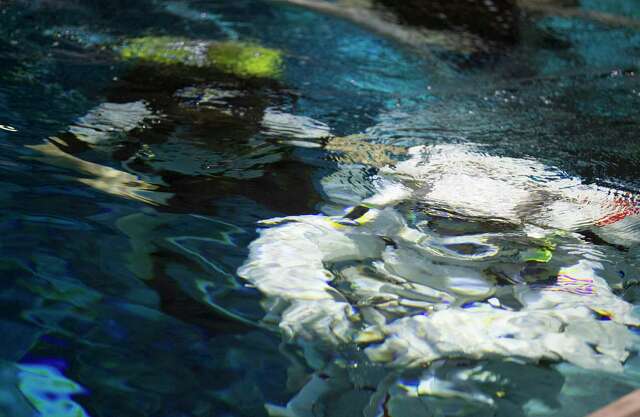 Each astronaut is accompanied by at least four scuba divers. Two are primarily tasked with safety, though they also help simulate microgravity. If a tool is somewhat sinking, divers might put a finger below the tool to make it more neutrally buoyant. If the tool is floating, they might put a finger on top to bring it down a bit. The third diver records video of what’s happening underwater. And the fourth diver ensures the underwater arena is properly prepped for the mission astronauts are running. These divers typically stay underwater for two-hour shifts. 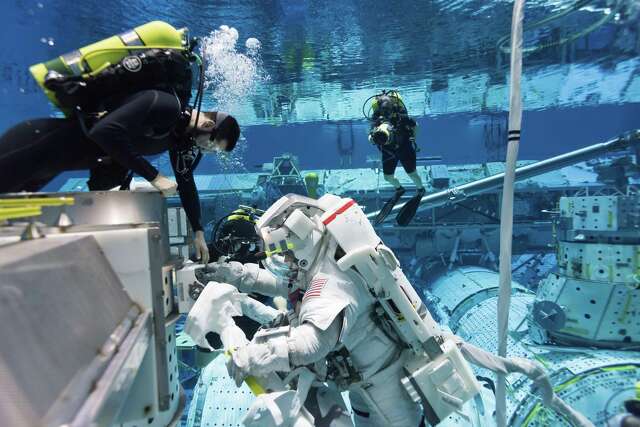 On Tuesday, McClain and Cardman were practicing a mission where NASA astronauts will build a frame for a solar array, which will generate power for the International Space Station. This is an actual mission that NASA expects to undertake, but astronauts have not yet been assigned to it.