Interstellar Lab announced today that it will build a network of biomes in the Mojave Desert designed to further research about how humans could live on Mars while also applying those lessons to creating more sustainable communities on Earth.

The terrestrial village will be called Experimental Bioregenerative Station, or EBios. Paris-based Interstellar Labs describes this project as “closed-loop villages with regenerative life support technologies.” Systems such as water treatment, waste management, and food production will be designed from the ground up to optimize life in austere environments. 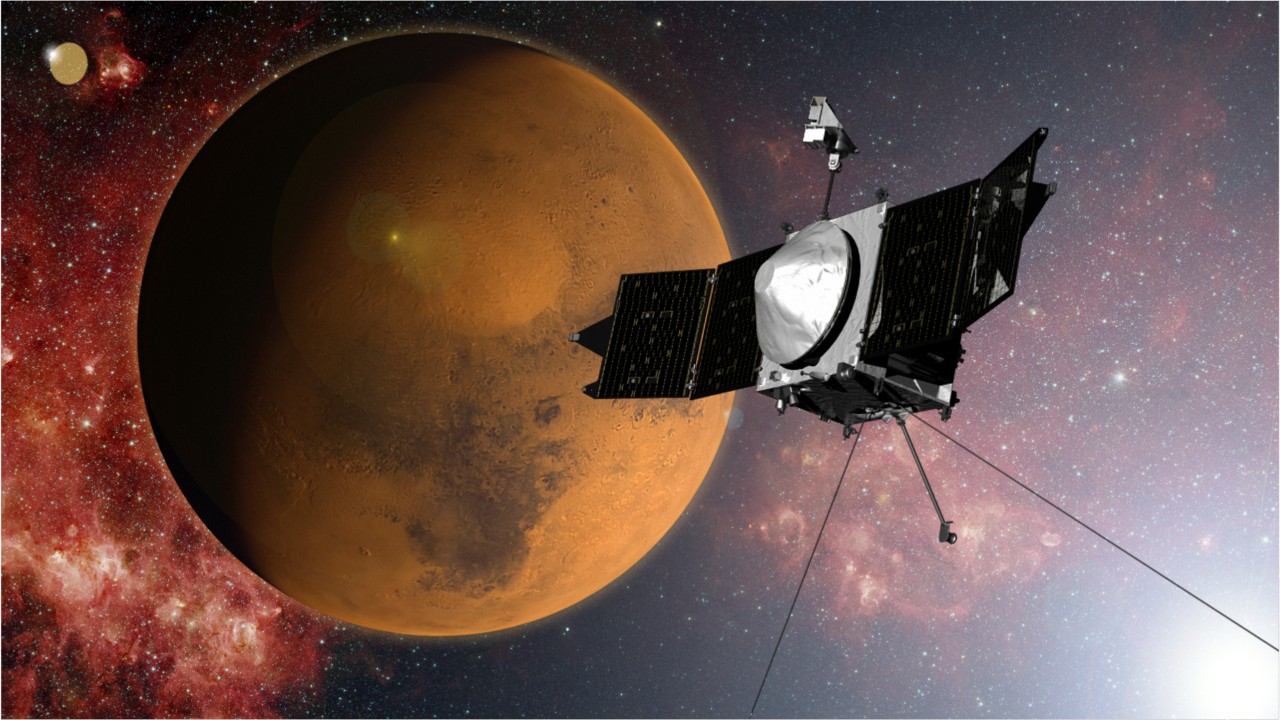 Mars Will Be Close To Earth For The Next Few Weeks

While aspiring to prepare people for life on another planet, the intent is also to begin adapting to the climate change crisis and the radical limitations that could eventually impose.

“There is a strong link between space exploration and the awareness of what is going on on our planet,” said founder and CEO Barbara Belvisi.

The announcement comes after growing interest in sending humans to Mars in recent years. Two months ago, Elon Musk debuted Space X’s Starship, a vehicle he hopes will eventually take humans to the moon and Mars. NASA also has long-term plans aimed at eventually finding a way to send a human to Mars.

While those missions are still likely in the distant future, understanding how people could survive in such conditions is also drawing plenty of interest from researchers. Belvisi hopes to both aid this curiosity and turn it into a business.

Known best as a cofounder of Paris-based Hardware Club, Belvisi left the firm last year without a clear plan for what she wanted to do next. After some traveling and time off, she began to think about her two biggest passions: space travel and the environment. She founded Interstellar Lab in 2018 to find a way to combine both.

Currently, the company is largely self-funded, with some contributions from business angels. Belvisi said she’s identified four suitable sites in the Mojave and is currently in negotiations to acquire property by February 2020. She’s also working on raising additional money to fund design and construction. The goal is for construction on the first EBios village to start in 2021.

When fully built, the EBios will support 100 people at a time. For half the year, the facility will be dedicated to researchers doing work on habitations on other planets and sustainable living on Earth. Everything in the facility will be recycled and reused. Belvisi has been discussing the project with NASA and also exploring building the second EBios near the Kennedy Space Center in Cape Canaveral, Florida.

“A long-term, sustainable Mars or lunar settlement will only be practical if we do the research for it on Earth and really test the viability of different systems,” said Greg Autry, director of the Southern California Commercial Spaceflight Initiative and former White House liaison to NASA, in a statement.

But part of the challenge is also turning a research project into a business. To that end, Belvisi said EBios will be dedicated the other half of the year to tourists who want to spend a week experiencing the extreme sustainability lifestyle. While she’s still weighing the cost, she’s currently projecting between $3,000 and $6,000 per week.

The notion that people might pay for such experiences isn’t so far-fetched. In the U.K., the Eden Project opened in 2002 with a series of biomes that allow visitors to experience a wider range of habitats while learning about the environment and sustainability. More recently, the Astroland Space Agencyopened a site in Northern Spain to recreate the experience of living on Mars. Participants pay $5,500 for a package of online training and three days of living in a cave that has been built out to simulate the planet’s conditions.

Of course, the Interstellar project most closely recalls the famed Biosphere 2project of the early 1990s. Built in the Arizona desert, the biome attempted to replicate such habitats as the desert, rainforest, wetlands, and grasslands. There were also areas to grow food. Teams of scientists lived inside for two years, but encountered numerous problems, including trouble growing enough food, animals dying, and maintaining enough oxygen.

Belvisi said she’s been in touch with veterans of that experiment, as well as researchers who work at the facility, which is now an environmental research center for the University of Arizona.

While she’s trying to learn from those experiments, she said the Interstellar project differs in a fundamental way. Rather than trying to mimic existing habitats, the ones in the EBios will be designed from the ground up to optimize life inside the closed-loop village. Also, the different sections will be isolated to prevent any potential contamination from spreading from one section to another.

“Their goal was to recreate the Earth’s ecosystem,” she said. “Our goal is to create a way that humans can live completely off the grid in a sustainable way.”