Twinkle, twinkle, little star, how I wonder what you are. Astronomers are hopeful that the powerful infrared capability of NASA’s James Webb Space Telescope will resolve a puzzle as fundamental as stargazing itself — what IS that dim light in the sky? Brown dwarfs muddy a clear distinction between stars and planets, throwing established understanding of those bodies, and theories of their formation, into question. 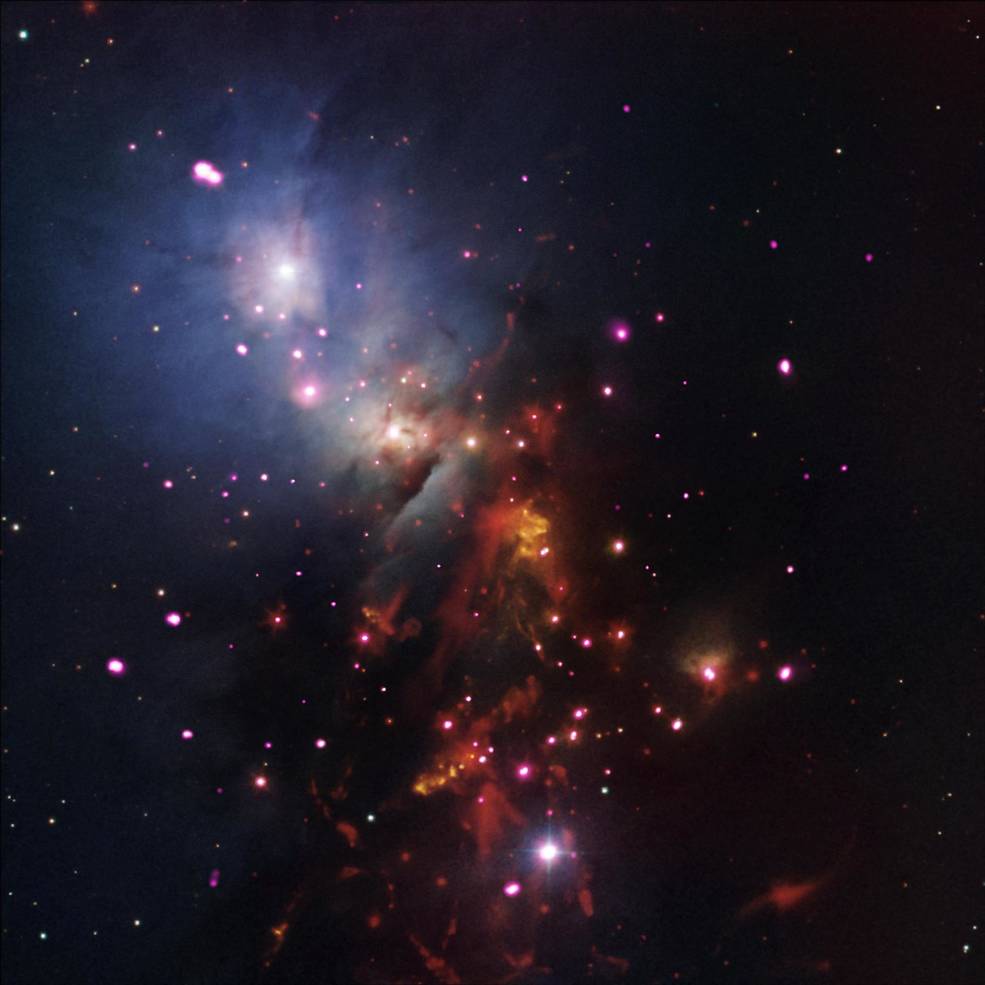 Stellar cluster NGC 1333 is home to a large number of brown dwarfs. Astronomers will use Webb’s powerful infrared instruments to learn more about these dim cousins to the cluster’s bright newborn stars.
Credits: NASA/CXC/JPL

Several research teams will use Webb to explore the mysterious nature of brown dwarfs, looking for insight into both star formation and exoplanet atmospheres, and the hazy territory in-between where the brown dwarf itself exists. Previous work with Hubble, Spitzer, and ALMA have shown that brown dwarfs can be up to 70 times more massive than gas giants like Jupiter, yet they do not have enough mass for their cores to burn nuclear fuel and radiate starlight. Though brown dwarfs were theorized in the 1960s and confirmed in 1995, there is not an accepted explanation of how they form: like a star, by the contraction of gas, or like a planet, by the accretion of material in a protoplanetary disk? Some have a companion relationship with a star, while others drift alone in space.

At the Université de Montréal, Étienne Artigau leads a team that will use Webb to study a specific brown dwarf, labeled SIMP0136. It is a low-mass, young, isolated brown dwarf — one of the closest to our Sun — all of which make it fascinating for study, as it has many features of a planet without being too close to the blinding light of a star. SIMP0136 was the object of a past scientific breakthrough by Artigau and his team, when they found evidence suggesting it has a cloudy atmosphere. He and his colleagues will use Webb’s spectroscopic instruments to learn more about the chemical elements and compounds in those clouds.

“Very accurate spectroscopic measurements are challenging to obtain from the ground in the infrared due to variable absorption in our own atmosphere, hence the need for space-based infrared observation. Also, Webb allows us to probe features, such as water absorption, that are inaccessible from the ground at this level of precision,” Artigau explains. 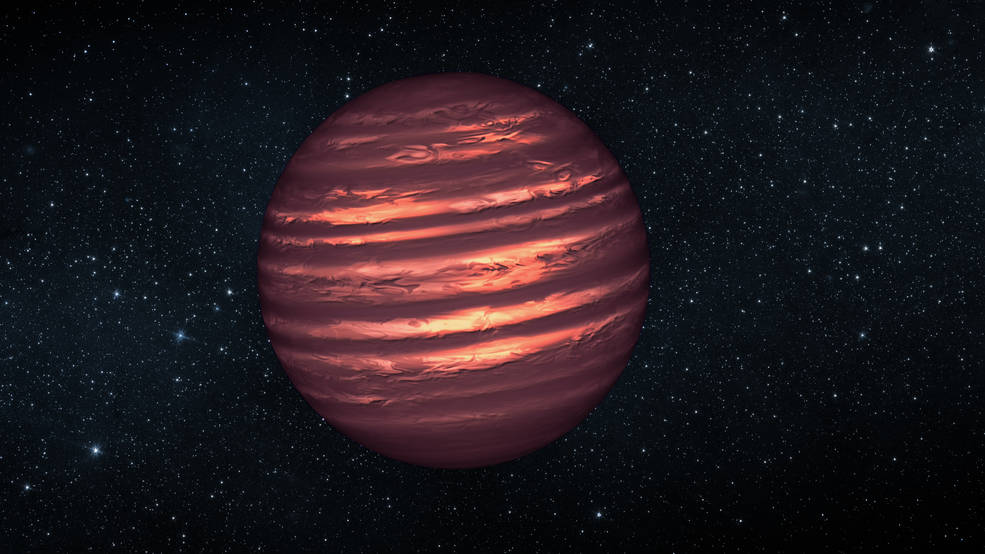 Artist’s conception of a brown dwarf, featuring the cloudy atmosphere of a planet and the residual light of an almost-star.
Credits: NASA/ESA/JPL

These observations could lay groundwork for future exoplanet exploration with Webb, including which worlds could support life. Webb’s infrared instruments will be capable of detecting the types of molecules in the atmospheres of exoplanets by seeing which elements are absorbing light as the planet passes in front of its star, a scientific technique known as transit spectroscopy.

“The brown dwarf SIMP0136 has the same temperature as various planets that will be observed in transit spectroscopy with Webb, and clouds are known to affect this type of measurement; our observations will help us better understand cloud decks in brown dwarfs and planet atmospheres in general,” Artigau says.

The search for low-mass, isolated brown dwarfs was one of the early science goals put forward for the Webb telescope in the 1990s, says astronomer Aleks Scholz of the University of St. Andrews. Brown dwarfs have a lower mass than stars and do not “shine” but merely emit the dim afterglow of their birth, and so they are best seen in infrared light, which is why Webb will be such a valuable tool in this research.

Scholz, who also leads the Substellar Objects in Nearby Young Clusters (SONYC) project, will use Webb’s Near-Infrared Imager and Slitless Spectrograph (NIRISS) to study NGC 1333 in the constellation of Perseus. NGC 1333 is a stellar nursery that has also been found to harbor an unusually high number of brown dwarfs, some of them at the very low end of the mass range for such objects – in other words, not much heavier than Jupiter.

"In more than a decade of searching, our team has found it is very difficult to locate brown dwarfs that are less than five Jupiter-masses - the mass where star and planet formation overlap. That is a job for the Webb telescope,” Scholz says. “It has been a long wait for Webb, but we are very excited to get an opportunity to break new ground and potentially discover an entirely new type of planets, unbound, roaming the Galaxy like stars."

Both of the projects led by Scholz and Artigau are making use of Guaranteed Time Observations (GTOs), observing time on the telescope that is granted to astronomers who have worked for years to prepare Webb’s scientific operations.