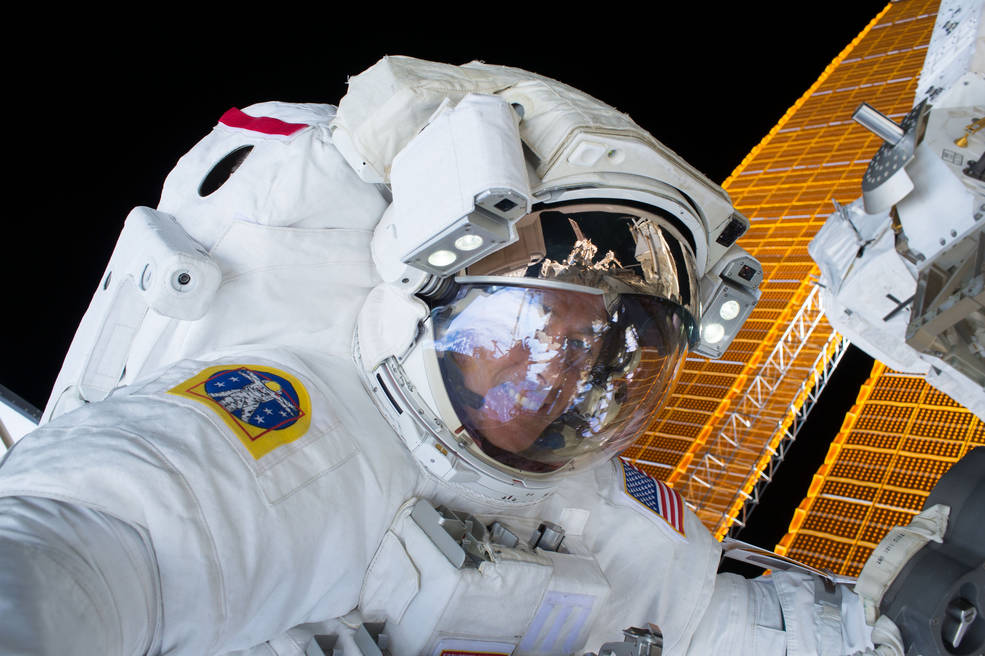 Expedition 50 astronauts will conduct three spacewalks outside the International Space Station (ISS) in late March and early April to prepare for the future arrival of U.S. commercial crew spacecraft and upgrade station hardware.

Expedition 50 astronauts will conduct three spacewalks outside the International Space Station (ISS) in late March and early April to prepare for the future arrival of U.S. commercial crew spacecraft and upgrade station hardware.

NASA Television will air a briefing to preview the spacewalks, or extravehicular activities (EVAs), at 2 p.m. EDT Wednesday, March 22, from NASA’s Johnson Space Center in Houston. The briefing participants are:

U.S. reporters who plan to attend the briefing at Johnson must arrange for credentials via the Johnson newsroom by 4 p.m. Tuesday, March 21. Reporters planning to ask questions by phone must call the newsroom at 281-483-5111 no later than 1:45 p.m. Wednesday, March 22.

The spacewalks currently are scheduled for March 24, April 2 and April 7. NASA TV will provide complete coverage beginning each day at 6:30 a.m., with the six-and-a-half hour spacewalks scheduled to begin about 7 a.m.

The first spacewalk will prepare the Pressurized Mating Adapter-3 (PMA-3) for installation of the second International Docking Adapter, which will accommodate commercial crew vehicle dockings. The PMA-3 provides the pressurized interface between the station modules and the docking adapter. Expedition 50 Commander Shane Kimbrough of NASA and Flight Engineer Thomas Pesquet of ESA (European Space Agency) will disconnect cables and electrical connections on PMA-3 to prepare for its robotic move Thursday, March 30. PMA-3 will be moved from the port side of the Tranquility module to the space-facing side of the Harmony module, where it will become home for the docking adapter, which will be delivered on a future flight of a SpaceX Dragon cargo ship. The spacewalkers also will install on the starboard zero truss a new computer relay box equipped with advanced software for the adapter.

The two spacewalkers will lubricate the latching end effector on the Canadarm2 robotic arm, inspect a radiator valve suspected of a small ammonia leak and replace cameras on the Japanese segment of the outpost. Radiators are used to shed excess heat that builds up through normal space station operation.

The second spacewalk will feature Kimbrough and Flight Engineer Peggy Whitson of NASA reconnecting cables and electrical connections on PMA-3 at its new home on top Harmony. They also will install the second of the two upgraded computer relay boxes on the station’s truss and install shields and covers on PMA-3 and the now-vacant common berthing mechanism port on Tranquility.

The final spacewalk will feature Whitson and Pesquet replacing an avionics box on the starboard truss called an ExPRESS Logistics Carrier, a storage platform. The box houses electrical and command and data routing equipment for the science experiments and replacement hardware stored outside of the station. The new avionics box is scheduled to launch aboard Orbital ATK’s Cygnus cargo craft this month.