NASA director of planetary science Jim Green believes humanity will discover whether other planets with Earth-like atmospheres exist by 2027. 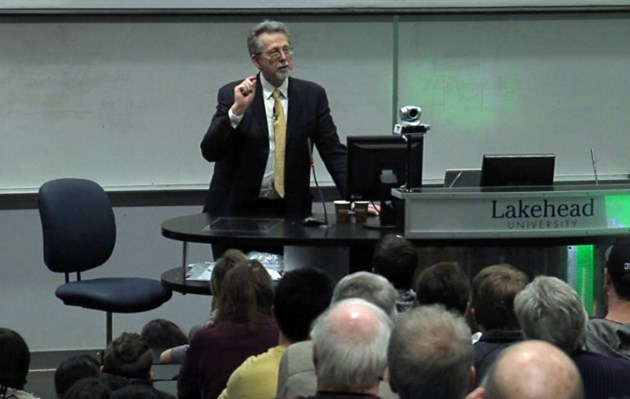 THUNDER BAY -- If life exists beyond this planet, a NASA director visiting the city this week believes we'll know within the next decade.

"We may or may not find life beyond Earth but I think in the next 10 years, we'll be able to answer the question, 'is there life beyond our solar system,'" NASA director of planetary science Jim Green said at a Lakehead University lecture on Wednesday evening.

"We'll go to the right places, we'll interrogate those places where there's a significant amount of water there might have been life in the past and we'll really take a good look to see if we can find it."

Green said space exploration has made incredible strides in the past half-century since Neil Armstrong's mission to the moon in 1969. NASA has a deep perspective on this solar system's planets and is beginning to gain perspective on the universe beyond.

The recent discovery of seven planets in the TRAPPIST-1 system has unleashed the imaginations of astronomists. The possibility of one or more planets orbiting their star within a habitable distance to sustain human life has re-ignited the discussion of life in outer space among the public.

Although scientists don't know whether planets in the recent discovery have atmosphere, water or life, Green pointed out the very fact they exist so close to Earth is reason enough to be optimistic.

"The seven planets we discovered are only 40 light years away. That's in our neighbourood. That's right on our block," he said.

"Their significance tells us there's a lot of planet-making material all around us so we'll be looking for other stars with planets that are more Earth-like."