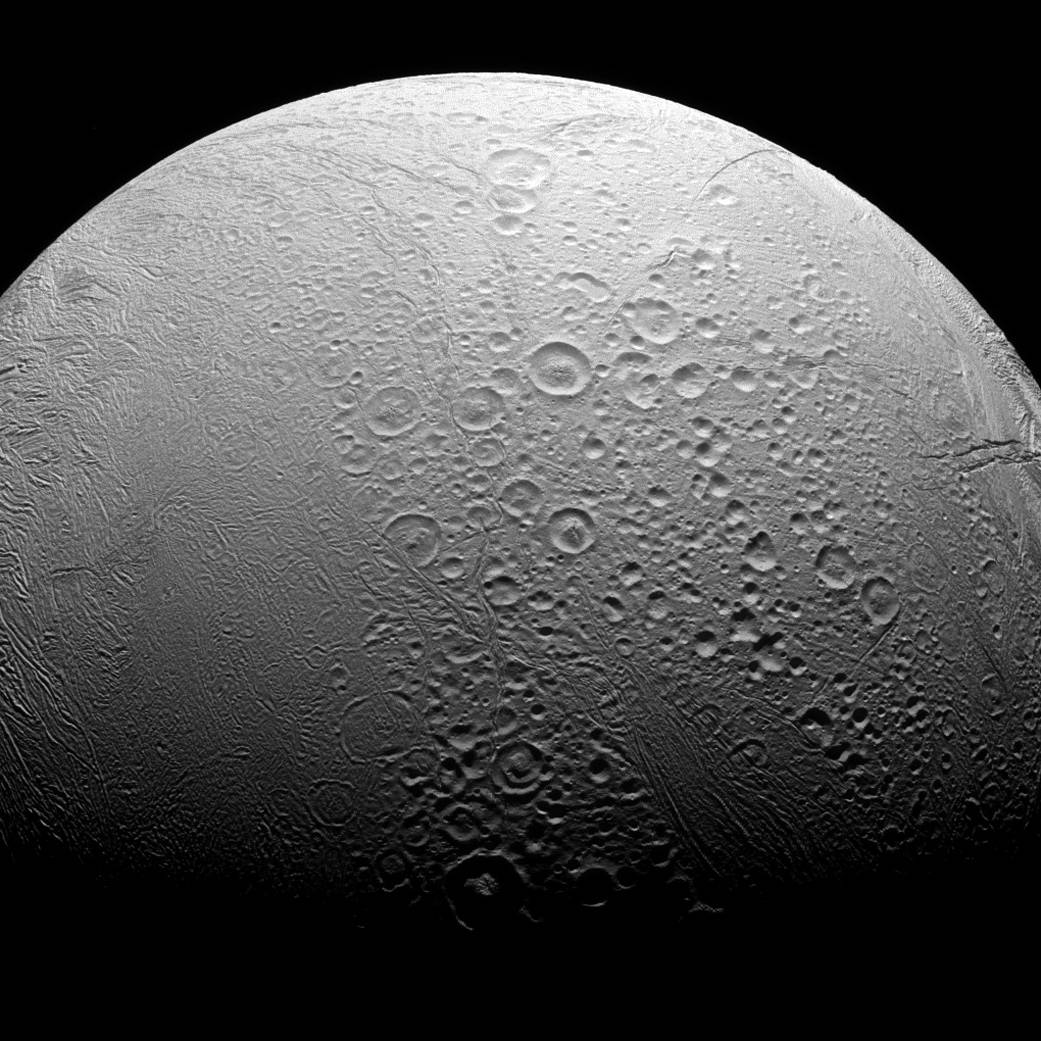 Enceladus is a world divided. To the north, we see copious amounts of craters and evidence of the many impacts the moon has suffered in its history. However, to the south we see a smoother body with wrinkles due to geologic activity.

Most solar system bodies lacking an atmosphere are heavily cratered like Enceladus' (313 miles or 504 kilometers across) northern region. However, the geologic activity in the south, including the famous plume above the moon's south pole, can erase craters and leave a younger, smoother-looking surface.

This view looks toward the anti-Saturn hemisphere of Enceladus. North on Enceladus is up and rotated 4 degrees to the right. The image was taken in visible light with the Cassini spacecraft narrow-angle camera on Nov. 27, 2016.