“What we do is rocket science,” proclaims a tee-shirt. Created by Indic Inspirations for the Indian Space Research Organisation (ISRO), the tee -shirt is a part of its Vyom collection. Most of the products, which include jigsaw puzzles based on Mangalyaan, rocket collectible matchboxes, mySpace PSLV notebooks and fridge magnets, come with a storyline.

“This collection is about ISRO’s achievements in space science and technology. We had to create a line that would interest a child and adults alike,” says Yogesh Dandekar, architect and chief product designer of Indic Inspirations. “India is doing a lot of work in space technology and people should know about this.” He adds that minute details on the models build up curiosity.

When Indic Inspirations approached ISRO with a pitch to tell its story in a fresh style, ISRO reverted with a voluminous 10 GB of data. This included a catalogue filled with drawings of ISRO rockets, pictures taken by Cartosat, IRS satellites, by Mangalayaan and Chandrayaan, as well as videos of their launches. A line of 50 products was created from this.

Since 2014, Indic Inspirations has been working with artisans and craftspeople for the Heart For Art Charitable Project that was set up to help India’s artisans connect with consumers. In 2019, it introduced a contemporary language to narrate stories of India using utilitarian products and souvenirs by introducing technology at every level of product design and engineering. In addition to e-commerce they opened a physical store, Phygital, in Pune.

“There are various ways of narrating stories,” says Sunil, adding, “We believe that objects remain on people’s shelves and desks to be touched and felt. Our focus has been on narrating India’s culture and achievements using 65 indigenous crafts and artisan clusters who work with wood, metal, grass, pottery, folk painting, masks and such. 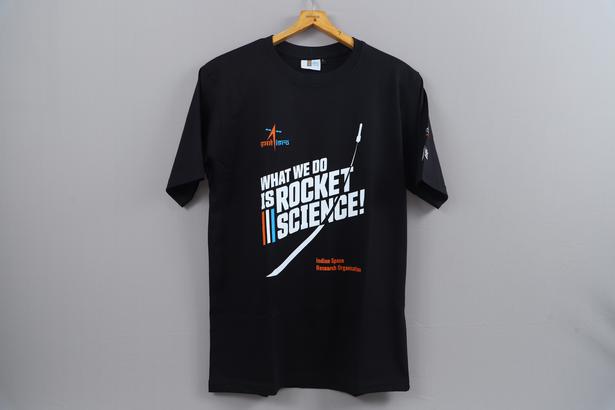 The brand began with finding ways to present mythology in a modern context, says Sunil giving an example of using the mythical demon king Ravana’s ten heads as a dart board. “He was a master of the Vedas but his ten heads represent the vices. We shifted the bull’s eye a bit in the dart board we created.”

Medallions, coasters, clocks were created in the product line that told the story of Zero or Shunya. Subsequently the company crafted products around the Indian Preamble, Flag and Constitution. “Our Constitution, besides being a legal document, is also a work of art. It was calligraphed by Prem Behari Narain Raizada, and illustrated by Nandalal Bose and his team. So, we have used original “constitution paper” that was used to frame the original constitution document, to frame the Preamble and such,” says Sunil. 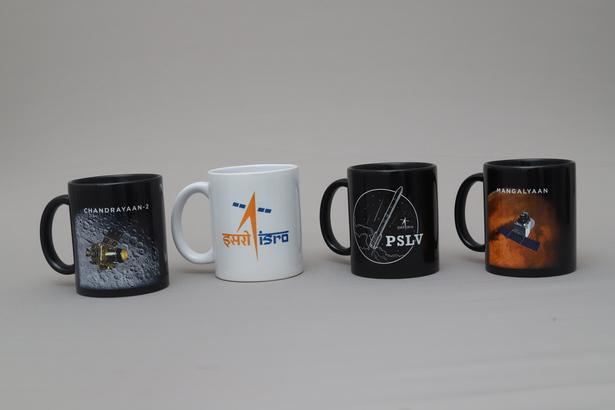 Some of the merchandise available | Photo Credit: ISRO

Indic Inspirations also worked with artisans of Pattamadai in Tamil Nadu to revive the dying craft of weaving mats using darbha grass to create chic yoga mats. It helped revive a dying and ancient pottery craft in Kutch and recreated a Bidri work betel-leaf box that is at the Sotheby’s Museum in London.

Harking back to the space collection, Sunil is pleased that they are first registered merchandisers of ISRO and operate with them against a nominal license fee and a set of rules. He says the products have connected well with students, space watchers, astronomers and lay consumers, adding that a board game based on the Mars Mission is soon to be launched.