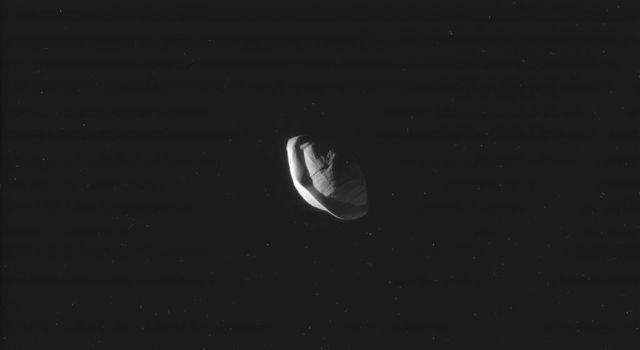 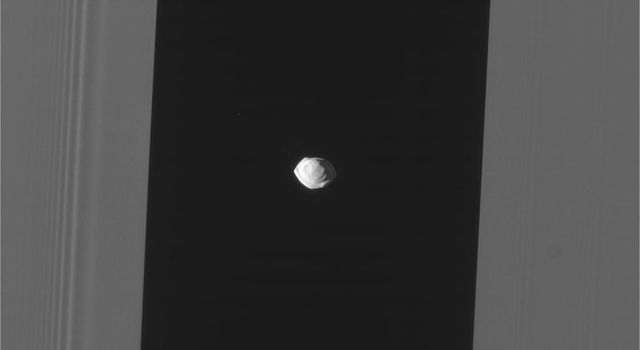 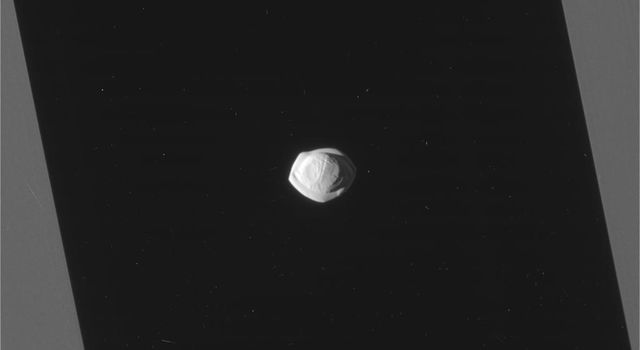 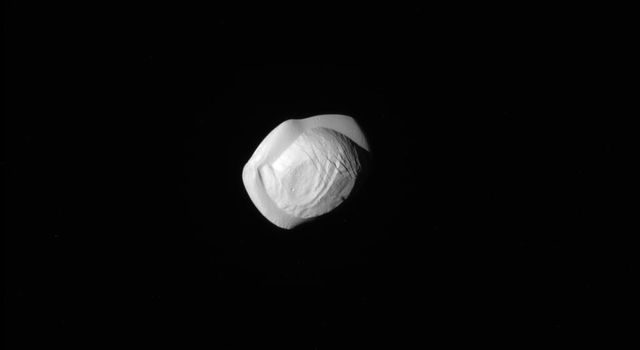 These images are the closest images ever taken of Pan and will help to characterize its shape and geology. 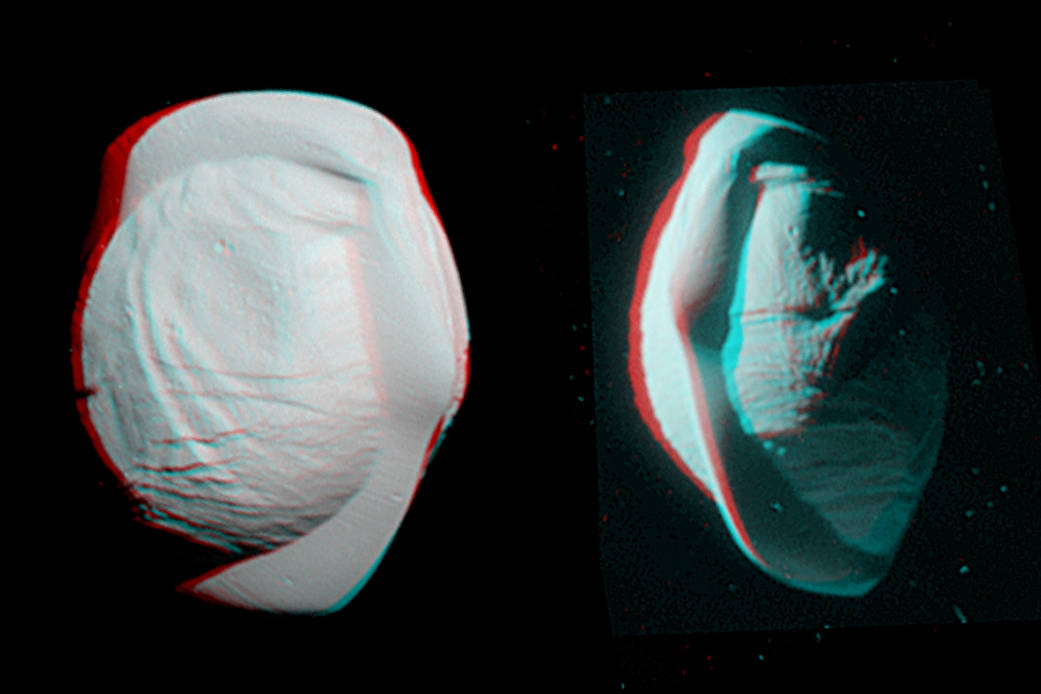 These stereo views, or anaglyphs, highlight the unusual, quirky shape of Saturn's moon Pan. They appear three-dimensional when viewed through red-blue glasses with the red lens on the left.

The views show the northern and southern hemispheres of Pan, at left and right, respectively. They have been rotated to maximize the stereo effect.

Standard (non-stereo) versions of these views are presented in PIA21436.

Pan has an average diameter of 17 miles (28 kilometers). The moon orbits within the Encke Gap in Saturn's A ring. See PIA09868 and PIA11529 for more distant context views of Pan.

Both of these views look toward Pan's trailing side, which is the side opposite the moon's direction of motion as it orbits Saturn.