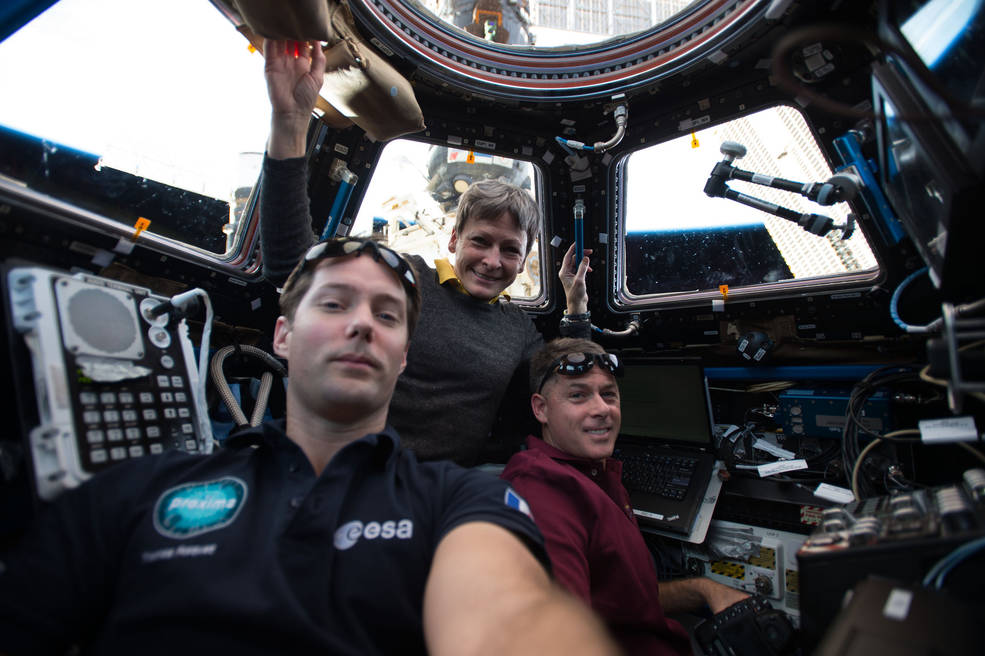 Expedition 50 astronauts will venture outside the International Space Station at 7 a.m. EST Jan. 6 and 13 to perform a complex upgrade to the orbital outpost’s power system. Coverage of the spacewalks will begin at 5:30 a.m. on NASA Television and the agency’s website.

On Wednesday, Jan. 4, NASA TV will air a briefing at 2 p.m. from the agency’s Johnson Space Center in Houston to preview the spacewalk activities. The briefing participants are:

Working on the right side truss of the space station, the crew members will install adapter plates and hook up electrical connections for six new lithium-ion batteries that were delivered to the station in December.

Prior to each spacewalk, the new batteries will be robotically extracted from a pallet to replace 12 older nickel-hydrogen batteries through a series of robotic operations. Nine of the older batteries will be stowed in a cargo resupply craft for later disposal, while three will remain on the station’s truss, disconnected from the power grid. The robotic operations will not air on NASA TV.

This will be the 196th and 197th spacewalks in support of space station assembly and maintenance. Kimbrough will be designated extravehicular crew member 1 (EV 1), wearing the suit bearing red stripes for both spacewalks, the third and fourth of his career.

Whitson will be making the seventh spacewalk of her career and match the record of NASA’s Suni Williams, for most spacewalks by a woman. She will be designated extravehicular crew member 2 (EV 2), wearing the suit with no stripes for the first spacewalk.

Pesquet, who will be making the first spacewalk of his career, will be extravehicular crew member 2 for the second spacewalk, also wearing a suit with no stripes.

Ever looked straight into a volcano… from space? #Hawaii's Mauna-Loa volcano with snow on top & lava flow patterns on its slopes. #Proxima

Both spacewalks complement the ongoing robotics work that started at the end of December. Ground controllers have been remotely-operating the Canadarm2 robotic arm and Dextre robotic hand to remove and stow the old nickel-hydrogen batteries and the install the new batteries.

The requisite space selfie! Nice reflection of Earth in the helmet. Unbelievable feeling to be your own space vehicle… #Proxima