Following the successful launch of Tiangong-2 space module earlier this month, China is now gearing up for the launch of its next crewed space mission, Shenzhou-11. The next step is the selection of what is believed to be two taikonauts, set to take up residency at China’s latest orbital outpost.

Launched on September 15, Tiangong-2 is now in its operational orbit awaiting the arrival of Shenzhou-11. 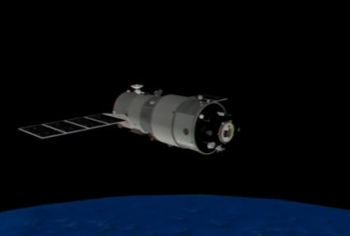 The new orbital laboratory entered an initial orbit of 197 x 373 km and after that it executed two orbital maneuvers to raise its orbit to 369 x 378 km altitude.

Meanwhile, at the Jiuquan Satellite Launch Center, preparations for the launch of Shenzhou-11 are entering a critical processing flow, with work taking place on the space capsule and its launch vehicle.

The Long March-2F/G that will launch Shenzhou-11 departed its Beijing plant by train bound for Jiuquan on August 3, arriving at the old Chinese spaceport on August 6. The Shenzhou-11 space capsule arrived at Jiuquan via a plane ride on August 13. 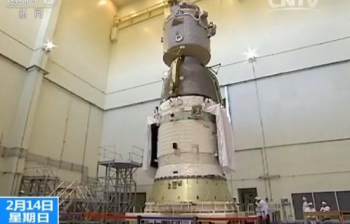 After arriving at Jiuquan, both the launcher components and the capsule components were checked and launch preparations began.

At the end of April, two images from the Shenzhou-11 launch simulation suggested that Shenzhou 11 would be launched on October 17.

Other clues also added to the launch window discussion, such as the Swiss experiment on Tiangong-2 that has to be switched off 28 days after the launch of the orbiting laboratory, until T+60 days. This points to a 32 day presence onboard Tiangong-2, starting on October 13.

The possible crew of Shenzhou-11:

History shows that there is no pattern, and, for example, being in a back-up crew, for SZ-5, SZ-6 or SZ-7 did not assure participation in the next mission. 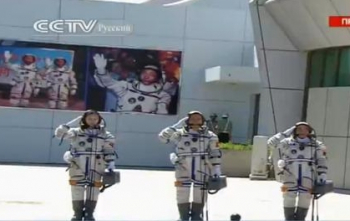 The exception to this was SZ-10, which flew with the SZ-9 back-up crew. This was probably because, the missions were very similar, and in Chinese terms, were quite close together, being only 12 months apart.

So far, all the Chinese authorities have announced is that the crew will comprise two men.

This caused some surprise initially, but it appears that the anticipated third crew member has been sacrificed to enable the mission duration to be extended.

They may also want to assess the effectiveness and practicality of a two person crew, for future missions, and against the data they gathered on three person crews, on SZ-9 and SZ-10.

At the time of SZ-9, the Chinese announced that all future crews would include an experienced taikonaut, and it seems reasonable to assume that this requirement is still in place. 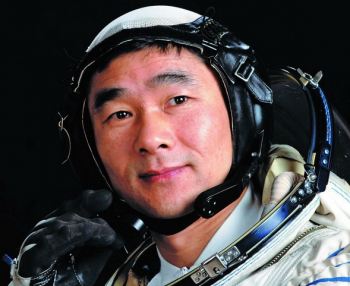 Logically, the most likely candidates are LUI Boming, veteran of SZ-7 and the commander of the SZ-10 back-up crew, LUI Wang, or Zhang Xiaoguan, who debuted on SZ-9 and SZ-10 respectively.

As these latter two, both have docking experience, and spent time on TG-1, they would appear to be the most likely choices, but we don’t know what other factors, such as crew compatibility, or their own health, fitness and readiness need to be considered.

We can also eliminate one or two other experienced contenders; Yang Liwei and Nie Haisheng are due to attend the Association of Space Explorers (ASE) Planetary Congress in Vienna on 5th October, so are clearly not involved.

Fei Junlong now occupies a management position within the Astronaut Training Centre and some other members of the 1998 cohort, both flown and unflown, are now over 50 years old, and are probably retired. 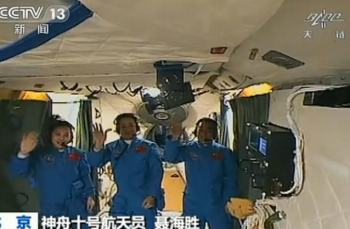 The second seat is even less certain. It could be a second  ‘veteran’. In fact, the crew could comprise two of the three named above, but this does seem an unlikely option.

It could be an unflown member of the original 1998 group, such as Deng Qingmin or Pan Zhanchun. These two were both thought to have been part of the SZ-10 back-up crew.

This mission could well be their last chance to fly in space, after being in the squad for eighteen years, as they will both be over 50 by the time the Chinese Space Station (CSS) arrives in 2018.

It is possible the planners will want to recognise their long service, which has so far not been rewarded with a spaceflight.

Others from 1998, such as Chen Quan, Wu Jie, who had back-up assignments in the distant past, are probably retired, as they have not featured in crew plans for almost 10 years and are now well over 50 years old.

Perhaps the most likely option is that the second seat will be occupied by one of the five men recruited in 2010, and who became available for assignment, only in 2014. These men are much younger than the 1998 group and are likely to form the core of early CSS crew commanders, but none have flown, so far.

If one of this group flies this mission, it will provide a new ‘veteran’ who will be available to command an early CSS flight.

Of the five candidates, we can safely eliminate Ye Guangfu, as he took part in the ESA CAVES project last July, and his back-up, Chen Dong. This leaves Cai Xuzhe, Tang Hongbo, Lu Zhang as contenders in this scenario. 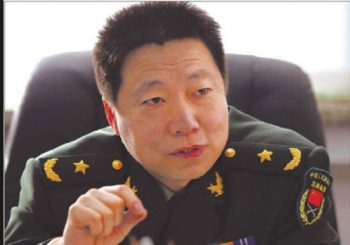 Is it possible, that a totally new name could emerge. In September 2014, Yang Liwei told the ASE Planetary Congress, in Beijing, that China would select a third taikonaut group, within two years. Since that time, nothing has been mentioned.

Yang implied that this group would be chosen from engineers, doctors and psychologists, already working inside the Chinese space industry.

Although it is possible that this group have now been selected, without any publicity, the chances of one of them being assigned, at this time, seem very low, especially to a two person crew.

On balance, the most logical option would be LUI Wang, or Zhang Xiaoguan, plus one of Cai Xuzhe, Tang Hongbo, Lu Zhang. However the Chinese will probably surprise us, as they have done before.

Shenzhou-11 to dock with Tiangong-2

The crew's identity and the launch time have been kept secret by China, as is typical for its human spaceflight missions, but an article posted on Nasaspaceflight.com by keen observers of the Chinese space program makes predictions for both the crew and launch schedule based on available.

Shenzhou-11 will be only the sixth Chinese crewed mission, but each has advanced the country’s experience and capabilities by leaps and bounds.

If all goes smoothly, Tiangong-2 will be visited by China’s first refuelling and cargo vessel, Tianzhou-1 in the first half of next year, launched on a Long March 7 rocket from the new Wenchang spaceport.

The Tiangong-2, Shenzhou-11, and Tianzhou-1 missions will bring China one step closer to the ultimate goal of its three-step human spaceflight programme, a large, permanently inhabited space station.

China began its human spaceflight programme in 1992, and became only the third country in 2003 to independently put astronauts in space, after the United States and Russia.

Above: Wang Yaping, part of the three-person Shenzhou-10 mission in 2013.

With Tiangong 2 safely in orbit, attention is now shifting to the spacecraft that will soon meet it. The Shenzhou 11 spacecraft is expected to lift off at some point in mid-October, although China has yet to release an official launch date or time. We are also unsure about the crew, although China has stated it will consist of two astronauts.

That's a step back from recent trends of three-person crews for China. The smaller crew will allow logistics to be stretched further on this mission, allowing the crew of Shenzhou 11 to live aboard Tiangong 2 for roughly a month.

What about the Shenzhou spacecraft itself?

Earlier incarnations of Shenzhou were wildly different in terms of their design and appearance. Different experiment packages were attached to the front of the spacecraft.

The cylindrical Orbital Module at the front also featured solar panels in the first models. The Orbital Module itself became an independent spacecraft at the end of the primary mission for these flights, carrying out science experiments.

The internal design of Shenzhou also underwent revisions, as China reconfigured the wiring and other systems. This was natural. China was gradually evolving the design as it gained actual flight experience. These earlier Shenzhou missions never docked with other spacecraft, and carried no docking systems.

Starting with Shenzhou 8, China announced that the Shenzhou spacecraft had now entered its mass-production phase. Shenzhou had settled into its main role as a system for delivering crews to space laboratories and space stations.

The spacecraft now featured an androgynous docking system and no external experiment payloads. A single set of solar panels on the rear Instrument Module was now the norm.

Shenzhou 8 carried no crew, but proved China's docking capabilities when it flew to the Tiangong 1 laboratory. Shenzhou 9 and Shenzhou 10 carried three astronauts each. All three spacecraft were reportedly assembled concurrently.

Engineers have probably tinkered with some features of Shenzhou 11, but overall, we can expect this to be a standard spacecraft. The design is mature and proven. If it isn't broken, don't fix it.

China may be only country with space station in 2024

BEIJING, China may be the only country to have space station in service in 2024, said Lei Fanpei, chairman of China Aerospace Science and Technology Corp. (CASC).

Lei told Xinhua on Friday that China plans to launch the experimental core module of its space station around 2018 with a Long March-5 heavyload carrier rocket, and the 20 ton combination space station will be sent into orbit around 2022.

CASC is a major space developer.

When the International Space Station retires in 2024, China's space station may be the only one left in service, Lei said.

China's space station will include a core module and two lab modules, with ports that will allow multiple spacecraft to dock, according to Lei.

The space station has a designed life of 10 years in orbit 400 km above the earth surface.

China in 1992 made a three-step strategy for its manned space program, the large-scale manned space station being the last step.

In the middle of October, the Shenzhou-11 spacecraft will transport two taikonauts to Tiangong-2. They will stay there for 30 days.

At approximately 07:50 Beijing time Sunday, China’s Shenzhou-11 spacecraft will liftoff from Jiuquan Satellite Launch Centre in the Gobi Desert. A Long March 2F rocket will send the vessel and its two astronauts into orbit where it will dock with the Tiangong-2 space lab, launched last month.

This will be the sixth manned mission for China’s rapidly expanding space program. If all goes according to plan, the 30 day stay aboard the Tiangong-2 will more than double the national record for longest time in space for its astronauts.

While the previous two Shenzhou missions in 2012 and 2013 carried three astronauts, the crew size for this mission was reduced to extend duration upon the Tiangong-2. The identities of the two astronauts will most likely be revealed just before launch.

The crew of Shenzhou-9, including Liu Yang, China’s first woman in space, training in 2012. (Courtesy: CSAC)

Shenzhou-11’s mission to the Tiangong-2 will give astronauts an opportunity to test onboard systems aboard the space lab, including life support, computers, propulsion, and lab equipment. They will also commence experiments in the research section of the craft. These initial activities are designed to help China move toward its goal of a modular and much larger permanent space station, Tianhe-1, which is slated to be launched sometime in 2018.

“This is going to provide evidence of astronauts’ long-term stay in space for the development of China’s space station in the future,” Lei Fanpei, chairman of the China Aerospace Science and Technology Corporation (CASC) told CCTV.

The Tiangong-2 is considered to be a working prototype for the upcoming modular space station, which aims to be China’s most ambitious venture in orbital technology to date.

In March Zhou Jianping, chief designer of China’s human space program stated the Chinese space station project will include three modules, two 30m solar panel ‘wings’, two robotic arms and a Hubble-class telescope. The Tianhe-1 will be the core module for that station, which will join with two other modules in the following years. The final orbital assenbly is expected to be complete by 2022.