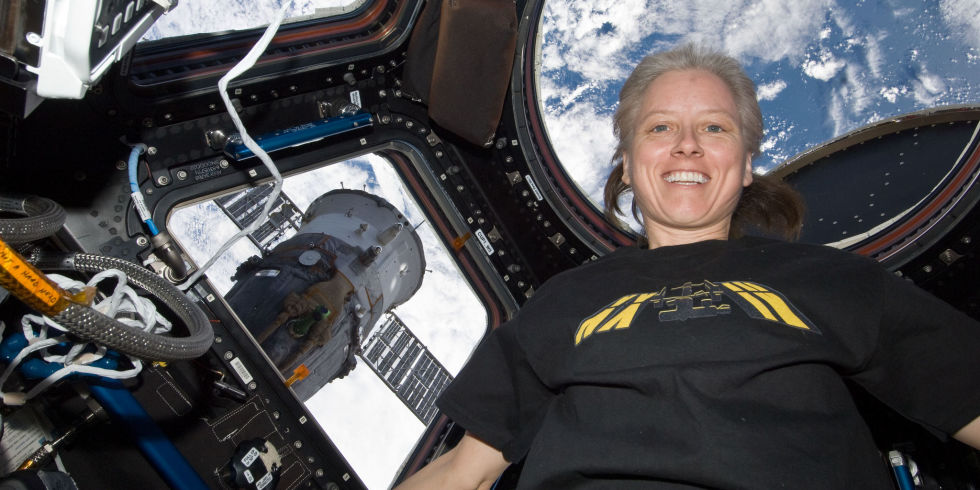 1. There's no one path to becoming an astronaut. All astronauts have degrees in science, engineering, or medicine, but other than that, there's no one path to NASA. The one thing everyone has in common is we've all exceled in our chosen field. My degrees are in physics and space physics, and I did well enough in university that I actually started working at the Johnson Space Center in Houston, Texas, as a robotics flight controller right after college. Seventeen years and a PhD later, I was selected as an astronaut candidate.

2. Astronaut selection is even more competitive than you think. Getting hired by NASA is like getting through the world's strictest HR screen. We're actually going through the selection process now: We've had 18,000 people apply and we'll probably select around eight new astronauts. You need to be extremely good at what you do, but there's also a lot of luck involved. You might be extremely qualified and still looked over, depending on what NASA needs during that cycle — maybe we're short on medical doctors or test pilots, so we're looking for someone with that background rather than, say, an engineer. Even if you're exactly what they're looking for at that exact moment, you still have pass through two rounds of interviews and undergo extensive medical testing to make sure you're healthy enough to do the job. Plus, NASA only hires every couple of years, because it takes an actual act of Congress to hire astronauts. So if you're passed over once, it could be years before you get another chance. I made it to the final stage of the interview process five times over a period of 14 years before I was finally selected as an astronaut in 2004.

3. You will spend 90 percent of your time on earth. In the heyday of the shuttle program, we were flying 40 or 50 people into space a year. These days, we're flying four Americans a year, tops. We've got about 45 active astronauts, so you're going to maybe fly once every 10 years. Being in space is amazing — it's the reason we all become astronauts — but you also have to love what you're doing on the ground, since that's how you'll spend most of your time.

4. For the first few years, you'll feel like you're in school again.When you're first selected, you go through about two years of training before you're even eligible for your first space flight. Most of that training is in the classroom: You're listening to lectures, taking tests, and learning all the systems on the space station. Even though everyone is coming in with high-level degrees and very technical backgrounds, it still takes about two years to learn the basics. Then, once you're assigned to a flight, it can be anywhere from two to three years of training just for one space station mission. Training for my first flight took about three years, which is like going through an entire degree program just for one flight. 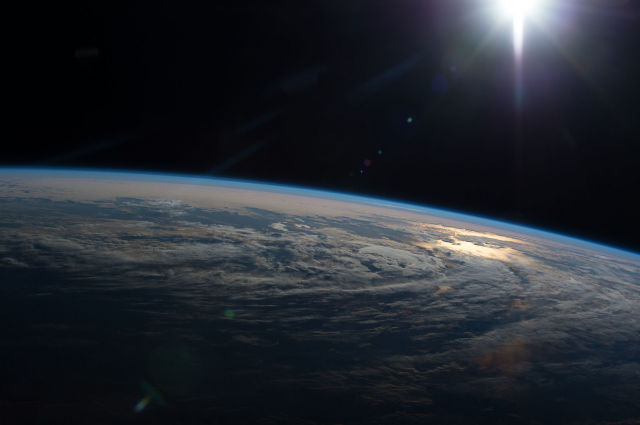 5. You have to be in the best shape of your life. Mental fitness is obviously important to being an astronaut, but so it physical fitness. For example, space walks are extremely physically demanding. We train for them in a giant swimming pool and we wear this suit that weighs about 300 pounds. Each training session is about six hours long, which is longer than it takes most people to run a marathon — and during those six hours, you're underwater, dragging around this suit, with the resistance of the water holding you back. It's probably one of the hardest parts of training. Even if you're not assigned to a mission, you have to do this space walk training once every few months.

6. You're never in charge of your own schedule. If you've been assigned to a space flight, that means for three years, someone else is telling you when you have to show up at work, what you're going to do that day, when you're going to get on a plane and travel to another country. Once you're in space, overnight while you're sleeping, the ground team is making your schedule for the next day, and you have to do what's on that schedule. If you can't let go of being in control of your own life, then you're not going to do well as an astronaut. 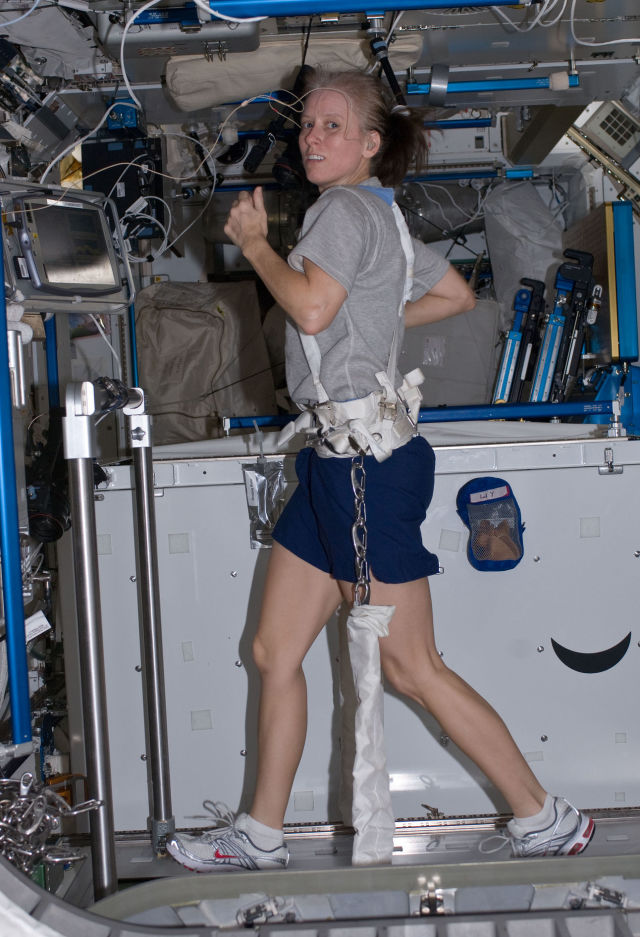 7. Being an astronaut is more of a lifestyle than a job. You don't always get to choose when you work: While you're waiting for a flight assignment, you might have technical assignments like working in the control center. The space station operates on Greenwich Mean Time (five hours ahead of Central Time at the Johnson Space Center) and we have people in the control center 24-hours a day, so you may be working in the middle of the night, because that's when the crew is awake and doing their work on the space station. You also don't get to choose where you live: The Johnson Space Center is where our training takes place, so all American astronauts live in the Houston area. We also train in Japan, Russia, Germany, and Canada, where we have international partners, so astronauts will likely spend time living in those places too.

8. You're a government worker, so you're paid a government salary. Which is to say, you're not going to get rich. In the old days, all astronauts used to get Corvettes, but they don't do that anymore. We also don't get hazardous duty pay when we go into space, because that's not how the government classifies space travel, but we do get a small stipend for incidentals since the trip is considered "government travel." I think I made $354 extra [for those] for my six months in space. 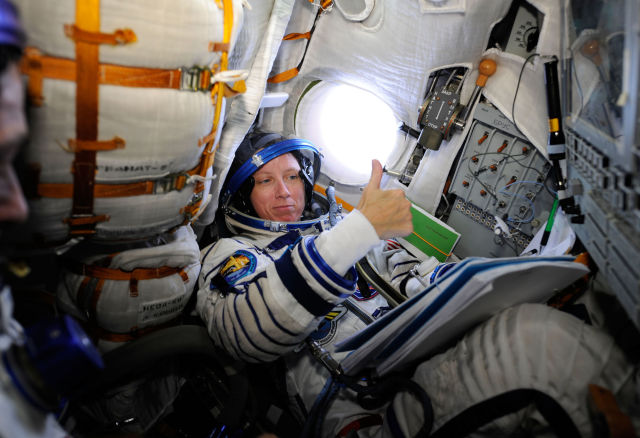 9. Learning Russian is pretty much mandatory. Right now, the Russians are our main partner and we're launching on Russian space crafts, so all the training is in Russian. I started learning the Russian language when I was in my 40s, and it was extremely hard. On the space station, officially, the language is English. But everyone has different language skills, so you have to meet in the middle somewhere and talk in whatever pieces of language make sense. When we're talking to our control centers, we're speaking English; if we're talking to the Russian control center, then we need to speak in Russian.

10. The job can be very hard on families. These days, a typical flight on the space station is six months. Before your flight, you're training for two or three years, during which time you're working long hours and training in other countries. Then you're in space for six months, and when you come back, you still have about six months' worth of post-flight stuff to do — reconditioning [retraining your body to adjust back to life on earth], public appearances, and so on. It's at least four years that you're not around. So for a family, that's really hard. If you have kids, you need to have a partner who can be independent and get along without you. We don't have cell phones in space, but we do have email capability and voiceover telephone capability, so if the satellites are hooked up properly, you can call them. 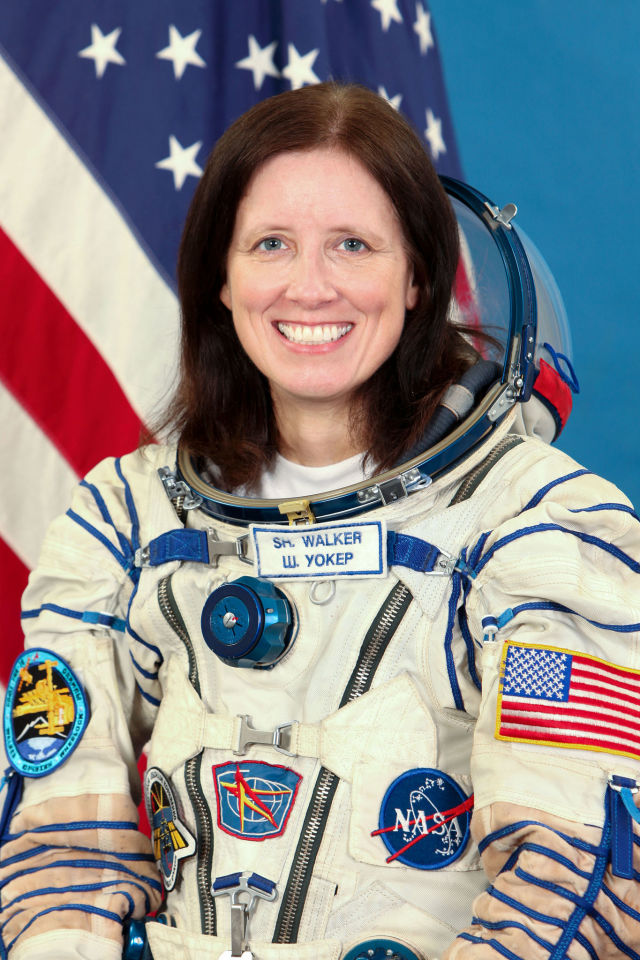 11. It's impossible to know what zero gravity feels like until you're in space. There is no real "zero gravity chamber" on earth. A lot of the simulators have the look of what you will encounter as you're launching into space, but you just can't understand what it's like until you're there. That's true of a lot of things in space — like, for example, washing your hair. There's no running water in space, so you have to dot shampoo and water from drink bags into your hair very carefully. You can't use too much, otherwise it won't stick to your hair [because there's no gravity] and it goes everywhere. You can use dry shampoo to hold off on washing your hair as often, but you do have to wash it eventually, because you're exercising daily. There's also no hair dryer, so once you're done, you have this Medusa-like head of wet hair that's going all over the place, since your hair doesn't lay flat without gravity. Your taste preferences also change in space. Without gravity, you end up with more fluid in your head, which feels a little like having a cold where you can't taste as well. So many astronauts like spicier foods in space than they would on earth, because everything else seems less flavorful.

12. Being in space is taxing on the body. The body works amazingly well in space, but there are some key differences. We're required to exercise every day to prevent muscle atrophy, but we don't use the same muscles you do to get around on earth: You're never sitting down in a chair or walking around on your feet. When you come back, it's quite an adjustment. You may be physically strong, but your body has almost forgotten how to do simple things, like walk. Your inner ear also gets messed up. It's the part of your ear that gives you your sense of balance, and it operates off of gravity. If you haven't had gravity for a while and you come back, you can feel very dizzy for quite a long time. It takes several months before you feel normal again. 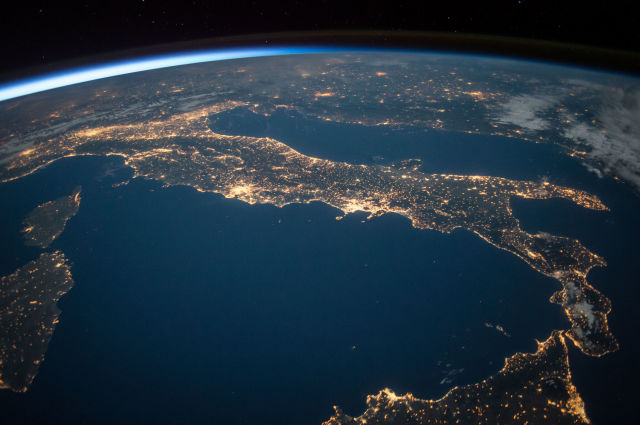 13. You have to be good at basically everything. In addition to your own specialty, you have to know how to do a little of everything. Mechanical skills are important, since a lot of the work we do is assembling experiments or doing maintenance on the space station. You have to understand a wide range of technology. Public speaking is part of our job, too, as we have to explain our discoveries to everyone from school groups to Congressmen to magazine journalists. And then there's the fitness requirement, learning a second language, and being at the top of your own individual field.

14. You have to put aside your own individual ambitions to be a team player. Let's say you came to NASA as a scientist with a chemistry background. You may be the best chemist in the world, but if your mission doesn't involve any chemistry experiments, you'll have to do biology experiments or material science experiments instead. You're here to do the work of a team, not the work you're personally most interested in. You're also living very closely with your crewmembers on the space station, and everybody has to depend on each other. You have to get along with everyone and understand how other people will respond in emergency situations, because if something goes wrong, you have to deal with it as a crew.

Shannon Walker is a NASA astronaut. Her first space mission was Expedition 24 on the International Space Station in 2010.